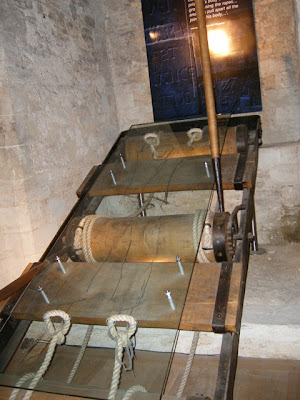 Much ink has been spilt attempting to identify the distinction between torture stricto sensu, which is punishable under 18 U.S.C. §2340, and other forms of cruel treatment, which may not generate the same opprobrium or have the same legal implications.

In passing the Military Commission Act in 2006, Congress amended a then-10-year-old statute, the War Crimes Act. Congress in effect shrank the spectrum of conduct punishable as a war crime, by defining torture and cruel treatment in terms of a high degree of severity and seriousness, and by limiting the ability to prosecute degrading or humiliating acts, as further discussed here. The infamous "torture memos" similarly focused on whether particular techniques -- such as sensory and sleep deprivations -- generated pain severe enough to constitute torture (the memos concluded that they did not).


Interrogation techniques such as sleep deprivation, stress positions (so-called “self-inflicted pain”), isolation and sensory deprivation, temperature and dietary manipulation, noise bombardment, psychological humiliations (forced nudity, disguised rape (e.g., body cavity searches), prevention of personal hygiene, forced grooming, denial of privacy, and infested surroundings), threats against self or family, witnessing or hearing the abuse of others, attacks on cultural values or religious beliefs, and mock executions, have been described as “torture lite,” because they do not at first consideration bear the hallmarks of brutality associated with ancient forms of torture or of today’s notorious authoritarian regimes. These forms of abuse—which are also called “clean 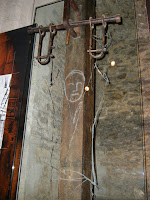 torture”—do not physically mutilate or maim the victim’s body, leave permanent traces, require direct contact between the victim and the individual utilizing the particular technique, or cause pain immediately. And yet, are such techniques truly less severe than the rack and screw of yesteryear? Might the combined effects of such techniques be more disruptive and damaging than a short but brutal beating?

A 2007 study of victims of torture compared the long-term psychological effects of “torture lite” techniques and more physically violent torture. See "Torture vs Other Cruel, Inhuman, and Degrading Treatment: Is the Distinction Real or Apparent?", published in 2007 in the Archives of General Pyschiatry. The authors -- Dr. Metin Başoğlu, Head of the Section of Trauma Studies at the Institute of Psychiatry (IOP), King’s College London, and Director of the Istanbul Centre for Behaviour Research and Therapy in Turkey; Dr. Maria Livanou, IOP Lecturer; and Dr. Cvetana Crnobarić, IOP Researcher and Head of the Department of Pyschiatry, Zvezdara Clinical Centre, University of Belgrade -- conclude:

Ill treatment during captivity, such as psychological manipulations, humiliating treatment, and forced stress positions, does not seem to be substantially different from physical torture in terms of the severity of mental suffering they cause, the underlying mechanism of traumatic stress, and their long-term psychological outcome. * * * These findings suggest that physical pain per se is not the most important determinant of traumatic stress in survivors of torture. * * * These findings [also] imply that various psychological manipulations, ill treatment, and torture during interrogation share the same psychological mechanism in exerting their traumatic impact. All three types of acts are geared toward creating anxiety or fear in the detainee while at the same time removing any form of control from the person to create a state of total helplessness.

(Indeed, declassified CIA-funded research from the 1950s and 1960s found that such techniques could be very effective at breaking prisoners. See Kubark Counterintelligence Interrogation (1963)). According to these researchers, what mattered most in terms of longterm effects were subjective factors, such as the victim’s level of distress, feelings of helplessness, and the perceived degree of uncontrollability of the situation. This hearkens back to the canonical eggshell skull rule of torts, whereby the tortfeasor is liable for all harm to the victim, even if the victim suffered unanticipated damage due to some idiosyncrasy like an eggshell skull.


These research findings are underscored by a letter, submitted to the U.S. Senate by the Center for Victims of Torture (CVT), the Bellevue/NYU Program for Survivors of Torture (PSOT), and Physicians for Human Rights (PHR), which presented findings that the uncertainty inherent to indefinite detention has acute mental health consequences, including severe depression, vegetative symptoms, anxiety, detachment, and incidents of suicidal thoughts -- even if the individual is not ill-treated while in captivity.


All this research suggests that the assessment of whether conduct is "severe" should turn not only on the degree of immediate suffering by victim, but also on whether the conduct may cause long-term physical or psychological effects in light of the victim’s personal circumstances, age and general state of physical and mental health, support network, length of detention, etc.
For a definitive study of the insidious impact of “torture lite” on the prohibition against torture — and the way in which the concept may alter how victims, perpetrators, policy-makers, and the general public interpret the legality, efficacy, and morality of particular interrogation techniques — see "The Myth of “Torture Lite," published this year at 23 Ethics and International Affairs 47-61. In this article the author, Dr. Jessica Wolfendale (below right) (photo credit), writes:

[T]the use of terms like "torture lite" and the nature of such techniques encourage a moral psychology in which the violence and cruelty of torture is denied, the victim's suffering is hidden, minimized and doubted, and the torturer's responsibility is diminished. As such, the use of torture lite techniques is likely to encourage the normalization of torture. * * * The

distinction between the methods referred to as torture lite and so-called real torture serves a further aim: it is sometimes used to distinguish not only between types of torture methods but also between the moral character of torturers and their motivations. According to this view, torturers who use such methods as beatings and mutilations are clearly brutal and sadistic, whereas those who use torture lite techniques can be portrayed as professionals motivated by the need to gain intelligence essential for saving lives. * * * By creating a false distinction between torture (understood as violent, brutal, and physically mutilating) and torture lite (with its connotations of minimal harm, minimal force, and minimal violence), those who authorize the use of torture and those who carry it out are able to portray their actions (to themselves and to observers) as something other than real torture, with all the negative connotations of that word. * * * Terms such as "torture lite" and "enhanced interrogation" neutralize the violence of these techniques and downplay the suffering they cause. Such euphemisms can also have a strong impact on how those using these terms (interrogators, public officials, and the general public) perceive the morality of the techniques thus described.

Tragic and yet comic all at once how the modern age can use linguistic excess to deem the destruction of a human via slow means legal while the destruction via quicker means illegal (excepting of course be it to the sound of trumpets, untreated disease, or other miscellanea).