Late last week the Scottish Justice Minister, Kenny MacAskill (below left), decided to release the man convicted of the Lockerbie bombing in 1988 on compassionate grounds. That man, Abdelbaset Ali al-Megrahi, is suffering from terminal prostate cancer. He was released home to spend his remaining time with his family. 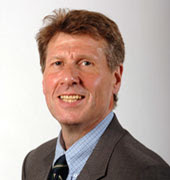 MacAskill's decision has provoked varied reactions:
► For many, the decision is one that smacks of disrespect for those who died on Pan Am Flight 103, who, of course, were not given the opportunity to spend their last moments with their loved ones.
► For others, it constitutes the provision of succour to terrorists.
► For yet more, there are hints of some kind of political dealing with the Libyan government centred, of course, on oil.
All of these perspectives have their own validity, especially perhaps the first. However, I have been struck by the conviction with which MacAskill defended his decision in the Scottish Parliament as one that was fundamentally concerned with abidance by essential principles of the Scottish legal system, including the principle of compassion.
To show compassion to someone who himself has shown so little of it is of course a difficult thing to do. To have that compassion met with the kind of triumphalism that was seen in Tripoli upon al-Megrahi's return perhaps makes it even harder (BBC report). While MacAskill's disappointment that Libya did not honour the assurances that were allegedly provided, of a "low-key" return, may smack of some naivete, it seems important to rememer that how we treat those who have committed such wrongs says much about what a State and a people stand for. To show compassion to this man, in my view, showed evenhandedness and political bravery that are rarely in evidence, especially in the extremely emotive area of terrorism. It is difficult for me to disagree with our colleague William Schabas, who also blogged about this issue saying:

Compassion is part of human rights. Someone who violates human rights does not forfeit their entitlement to our compassion. That’s why we campaign for the abolition of the death penalty, and the prohibition of torture, even for those who ‘deserve it’. Of course, it is too bad that the Libyan authorities tried to put their own spin on this, but their bad behaviour, which is no doubt very painful for the victims, is not a reason to deny Megrahi a touch of compassio[n] as he is about to die.