(We welcome IntLawGrrl guest/alumna Valerie Oosterveld back for a guest post on the Special Court for Sierra Leone. Valerie, in turn, extends her thanks for the invitation to contribute to the blog.)

Charles Taylor (below right), former President of Liberia, has been testifying in his own defense before the Special Court for Sierra Leone since shortly after the defence opened its case 4 weeks ago. To date, Taylor has focused on vigorously denying linkages between him and the Sierra Leonean rebel group, the Revolutionary United Front. He stated that he did not support the RUF in the early 1990s, saying that he only worked with the RUF to fend off attacks from a rival armed group in Liberia. He attacked the Prosecutor’s contention that he directed the RUF and said that he was too busy with events in Liberia to also be involved in the conflict in Sierra Leone. Taylor is casting himself as a peacemaker, describing his efforts as head of the Committee of Five -- a group created by the Economic Community of West African States to end the Sierra Leonean conflict. He also denied any links to Liberian fighters who participated in the Sierra Leone conflict, saying that these were former members of the Liberian army who had escaped to Sierra Leone and become part of the Special Task Force in su 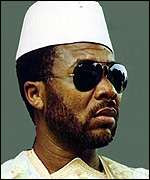 pport of the Sierra Leone military. He also refuted claims that he used or condoned the use of child soldiers in Liberia and Sierra Leone.
Taylor is charged with 11 counts of crimes against humanity, war crimes and other serious violations of international humanitarian law (see indictment here). The charges include one count of rape and one count of sexual slavery as a crime against humanity, as well as one count of outrages upon personal dignity as a violation of article 3 common to the Geneva Conventions and of Additional Protocol II. Taylor is also charged with conscripting or enlisting children (both boys and girls) under the age of 15 years into armed forces or groups or using them to participate actively in hostilities, as an “other serious violation of international humanitarian law” under the Statute. Taylor is charged on the basis of individual criminal responsibility for planning, instigating, ordering or aiding and abetting. Additionally, the Prosecutor has argued that Taylor can be held liable under the doctrine of joint criminal enterprise. Finally, the Prosecutor has alleged that Taylor’s responsibility can be proven through the doctrine of superior responsibility.
The Prosecutor presented his opening statement in June 2007, and witness testimony began half a year later, in January 2008. The Prosecutor called 91 witnesses in total:
► 56 crime base witnesses to demonstrate the range of atrocities carried out by those fighting with the RUF and Armed Forces Revolutionary Council (AFRC) groups;
► 31 insider or linkage witnesses to link Taylor to the crimes committed by the RUF and AFRC; and
► 4 expert witnesses.
In addition, the Prosecutor submitted written statements by 4 crime base witnesses and reports by two additional expert witnesses. The prosecution rested its case on February 27, 2009.
A number of prosecution witnesses presented evidence of gender-based crimes, especially of forced marriage and rape. For example:
► Witness TF1-028 testified in early May 2008 about events in 1998 in and near her home in Karina, Bombali district. TF1-028 described how, when the rebel forces came to town, her brother and his son were beaten by soldiers and molten plastic was dripped over her brother’s 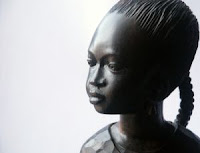 body. Her 7-, 8-, and 12-year-old nieces were raped, as was her 13-year-old daughter. She saw her sister-in-law, who was wounded, being forced to walk among a group of naked women. The witness was also stripped naked along with other women and taken to Mandaha, where she described a scene of continuous rape, with rebels raping girls and women in the street and in the bush. She also described how she and others were subjected to ongoing rape as forced “wives”, as well as how they were forced to cook for their junta “husbands”. She described how women who did not submit to rape would be locked in a box for hours. The witness told the court that, as a result of the rape, she and her husband have separated. Her daughter gave birth to a baby and suffers from mental illness.
► On June 18, 2009, the prosecution asked: “Can you explain what you mean when you say a … combatant would say, “I’m taking this away, she is my wife”? What do you mean by that?” Witness TF1-584 answered: “He will bring her to the base and turn her into his wife. Like they would sleep together, the woman would work for him just like a woman would work for her husband in the home … If you were a small child, maybe a woman who was not up to the age of staying with a man, you would be there as a ward and he will take care of you and you would be working for him … When they get old enough, a man who was an RUF fighter would take her and turn her into his wife from the person who had captured her.”
► On June 24, 2008, witness TF1-375 described how rebels captured girls and made them into “wives”, captured and armed boys and made them into fighters in Small Boys Units and captured other people to serve as domestic labourers in the soldiers’ houses.
► On July 9, 2008, witness TF1-388 explained how some male civilians were killed so their wives could be taken.
► In late January 2009, witness TF1-303 described how a man was caught trying to escape from the rebels, and his testicles were cut off as punishment. TF1-303 was captured by a boy soldier when she was quite young (she did not know her age). The boy soldier raped her and forced her to work as a domestic maid in his sister’s house. A more senior soldier then took her as his “wife”, and she was again raped and forced to do domestic chores. Witness TF1-174 also testified to numerous rapes committed during the rebel capture of Makeni, and how the RUF demanded the “donation” of young boys ands girls to its ranks because they are more easily commanded. Witness TF1-062 testified how the Civil Defence Forces drove the rebels from Tongo (a diamond mining area) and killed 20 men accused of being soldiers and four women who were accused of being wives of soldiers.
The evidence of gender-based violence presented by the prosecution in the Taylor case was not about Taylor himself committing these acts. Rather, the Prosecutor is arguing that Taylor can be found guilty of these acts because of his linkages to the RUF and AFRC leaders and perpetrators of these acts. Of the various cases heard by the Special Court, the Taylor case is one of the most difficult in which to prove gender-based violations. This is because of the physical distance, and the distance in the chain of command, between Taylor and the perpetrators of these crimes.
At the close of the prosecution’s case, Taylor brought a motion for judgment of acquittal under Rule 98 of the Special Court’s Rules of Procedure and Evidence. On May 4, 2009, the Trial Chamber dismissed this motion. In an oral ruling, the Trial Chamber found that, based on the joint criminal enterprise mode of liability, the Prosecutor had presented sufficient evidence on all counts which, if believed, would be capable of supporting a conviction. The Chamber agreed with the prosecution that it was not necessary to evaluate the sufficiency of the evidence in relation to the other modes of liability.
The defence case is expected to last at least several months. For those wishing to follow the ongoing developments in the Taylor trial, I suggest checking the Charles Taylor Trial website hosted by the Open Society Justice Initiative, as well as live-streaming of the trial available through the Special Court’s website.

by Valerie Oosterveld at 6:03 AM