(My thanks to IntLawGrrls for the opportunity to contribute this guest post, based on "Feminist International Legal Studies and Thirty Years of the CEDAW Convention," a paper I delivered earlier this month at the Asian Society of International Law conference in Tokyo, Japan) 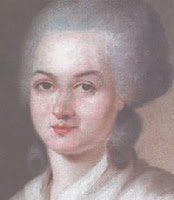 French Revolutionary feminist Olympe de Gouges (right) puzzled over whether women’s rights are best protected through general or specific norms. The record of the human rights system of the United Nations illustrates that both general and specific provisions have been of limited value to women. That fact provokes a question: Can this situation be changed at the institutional level? Consideration of key institutions may point to answers.

Women's Convention
The most wide-ranging of the international human rights treaties devoted to women is the Convention on the Elimination of All Forms of Discrimination against Women, adopted by the U.N. General Assembly in Resolution A/RES/34/180 on December 18, 1979. The Women's Convention also attempts to overcome a dichotomy between public and private spheres of activity observed in international law, in which law is used to regulate ‘public’ areas such as politics or education, but leaves ‘private’ areas such as the family unregulated. The Women’s Convention, for example, explicitly affirms women's right to equality in a limited way within the family, unlike human rights instruments such as the Universal Declaration of Human Rights.
One striking omission from the Women’s Convention is the prohibition of violence against women. This may be because, at the time of the treaty’s adoption, the global extent of violence against women was not well-understood, or because violence was not analysed as a matter of discrimination. The Committee on the Elimination of Discrimination Against Women, the Women’s Convention monitoring body, endeavored to fill this vacuum. In 1992 CEDAW adopted a General Recommendation on Violence against Women, stating:

Gender-based violence is a form of discrimination which … impairs or nullifies the enjoyment by women of human rights and fundamental freedoms.

Despite (or perhaps because of) its broad coverage, the Women’s Convention is widely disregarded.

It has attracted an impressive number of parties -- 186 to date. But many states have made broad reservations to provisions of the treaty, which effectively undermine their commitment to it. Most of these reservations are based on assertions of culture and religion. Some states have objected to some of the wide reservations, and CEDAW has probed reserving states on this issue. Under the international legal regime governing reservations, however, no more direct sanctions can be used to pressure states to withdraw their sweeping reservations.

CEDAW Committee
I should note the significant role played by the CEDAW Committee. It has been very active in developing jurisprudence under the Women’s Convention, emphasising direct and indirect discrimination against women and focussing on the reality of women’s lives and the need for structural change, rather than simply formal equality.

Feminism's Paradox
Overall, however, the development of international human rights standards dealing with women illustrates a strategic dilemma. It is the dilemma that Olympe de Gouges identified in the 18th century as the paradox of feminism: whether women’s rights are best protected through general norms or through specific norms applicable only to women. This dilemma pervades modern international legal responses to the unequal position of women. The attempt to improve women’s lives through general laws can allow women’s concerns to be submerged in what are deemed more global issues; however, the price of creating separate institutional mechanisms for women has been the building of a women’s ghetto with less power, resources, and priority than the ‘general’ human rights bodies.
Attention to questions of women and gender in the U.N. human rights system has been haphazard. At best, there is attention to the position of women in particular contexts, mainly in statistical terms. But there has been little understanding of the way in which stereotypes about sex and gender roles can affect the human right in question. Violations of women’s human rights are typically presented as an aspect of women’s inherent vulnerability, as if this attribute were a biological fact.
Olympe de Gouges’ conundrum about the best strategy to pursue women’s rights cannot be easily resolved. Women are always likely to struggle for recognition of their rights, whether they operate within general or women-specific agencies. The way ahead is to work through all available institutions, to lessen the disparity between the lives of women and men across the globe. Breaking away from the limited equality paradigm endorsed by international law would be a good beginning.
Thirty years after the adoption of the Women’s Convention, and after 20 years of feminist 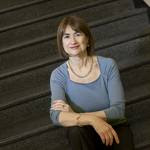 is always in danger of escaping its bounds and working in a genuinely emancipatory way.

The most valuable aspect of the Women’s Convention is the cultural change it can encourage through identifying and defining problems in an international forum.
by Hilary Charlesworth at 6:01 AM