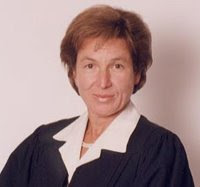 The U.S. government just announced that “dozens” of undisclosed Guantánamo cases have been forwarded to federal prosecutors in Washington, Virginia, and New York for possible prosecution. One such case might be that of Mohammed Jawad, about whom we’ve blogged before. Since our last post, the U.S. government declared it would no longer treat Jawad as a military detainee, but that it reserved the right to criminally prosecute him, presumably in a domestic court. This pronouncement was made in connection with habeas proceedings in which Judge Ellen Segal Huvelle—a Clinton appointee at right—bluntly declared that the case was “lousy,” “riddled with holes,” “in shambles,” and “gutted” after the government did not oppose Jawad’s suppression motion. In particular, she noted:

This case is an outrage to me. I'm sorry. This is an outrage. I'm not going to sit up here and wait for you to come up with new evidence at this late hour. There is only one question here, did the guy throw a grenade or didn't he throw a grenade. That's the issue. Right? If he didn't do that, you can't win. If you can't prove that, you can't win. … This is a case unlike all the rest of them. This does not involve intelligence. This does not involve any particular high level government agency doing the intelligence at all. Did anybody see him do it or didn't they see him do it?

Judge Huvelle justified a series of tough deadlines, even at the expense of one of the government’s lawyer’s family vacation, with the spot-on observation that the case was “dragging [on] for no good reason.”

Judge Huvelle has threatened to order Jawad’s transfer to Afghanistan; the government of Afghanistan has indicated that it wants him back and will pay any associated costs to get around a congressional ban on using Iraq and Afghanistan war funds to close the prison facility at Guantánamo Bay. The government apparently has until August 21 to charge Jawad.

A domestic prosecution offers the government many more charging options than did trial by military commission, which is limited to the prosecution of war crimes stricto sensu. Jawad, who is accused of throwing a grenade that injured two U.S. soldiers and their interpreter, has committed no standard war crime, other than—perhaps—perfidy. Depending on the available evidence, his conduct does, however, implicate several federal crimes set forth in Title 18 that allow for the assertion of extraterritorial jurisdiction on the basis of the passive personality principle (applicable where the victim of the crime is a national of the prosecuting state).

The most obvious potential charge is a terrorism charge under 18 U.S.C. §2332(b), which provides:

(1) in the case of an attempt to commit a killing that is a murder as defined in this chapter , be fined under this title or imprisoned not more than 20 years, or both; and

(2) in the case of a conspiracy by two or more persons to commit a killing that is a murder as defined in section 1111(a) of this title [murder], if one or more of such persons do any overt act to effect the object of the conspiracy, be fined under this title or imprisoned for any term of years or for life, or both so fined and so imprisoned.

The use of physical violence that intends or does cause bodily injury is also penalized at 18 U.S.C. §2332(c). No prosecution can proceed unless the Attorney General certifies that the crime "was intended to coerce, intimidate, or retaliate against a government or a civilian population." This certification is a predicate to prosecution, but is not an element of the crime and cannot be contested by the defendant. Presumably, if Jawad did in fact throw the grenade as alleged, the Attorney General could credibly determine that his action was an attempt to influence the policy of a government (either the U.S. government or the Afghan government) by intimidation or coercion. In addition, a non-terrorism statute, 18 U.S.C. §1114, criminalizes the killing or attempted killing of

Jawad could also conceivably be charged with using weapons of mass destruction under 18 U.S.C. §2332a

. Although grenades hardly seem like emblematic “weapons of mass destruction,” they are listed in the definitional statute for this title (§921).

Depending on other facts available to the government, Jawad might also be charged with conspiracy to provide material support to a designated foreign terrorist organization, 18 U.S.C. § 2339A/B, or receiving training in a terrorist camp, 18 U.S.C. §2339D. The Combatant Status Review proceedings suggest that the U.S. government has evidence that he did receive such training. Any of the above crimes could be coupled with charges under 18 U.S.C. 924(c), a weapons enhancement statute, or 18 U.S.C. §844 (property crimes). A statute that is ancillary to a substantive offense statute, like §924, will be presumed to have extraterritorial effect of the underlying substantive statute applies extraterritorially. None of these provisions has an “act of war” exception.

Most of the other terrorism provisions of Title 18 are less applicable to the facts as publicly reported. These include domestic acts of terrorism that transcend international boundaries (prosecutable under §2332b), prohibited financial transactions with countries that support international terrorism (2332d), and bombings of places of public use or public transportation facilities (2332f).

It remains to be seen whether the government has sufficient evidence to prove any of these charges in light of the fact that most of the evidence against Jawad is now inadmissible as a result of the suppression proceedings, which determined that Jawad's confessions had been procured by torture committed by the Afghan government. Jawad's story is told compellingly here.
by Beth Van Schaack at 2:51 PM

Excellent post, Beth! You and I are on the same wavelength: http://washingtonindependent.com/53439/in-jawad-case-both-evidence-and-crime-remain-unclear. Best, Diane