On this day in ...
... 1925, Plaid Cymru, a new political party, was established in Wales. At the time it chief aim was to promote the Welsh language, then in danger over extinction. In ensuing years the party's goals have globalized, so that now they include the eventual attainment of "Full National Status for Wales within the European Union," as well as "membership of the United Nations." 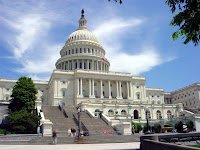 ... 1861, Congress adopted a statute that abolished flogging as a punishment that could be levied against U.S. servicemembers. Till that time, whipping of up to 100 lashes had been permitted -- a proposal to extend the number to 500 having been rejected.

(Prior August 5 posts are here and here.)