Race in America: Moments and Years (I) 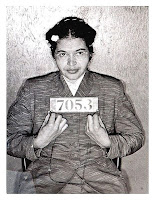 Part I of a Series.
It’s been quite the summer for teachable moments on race and ethnicity in the USA:
►Michael Jackson’s death touched off an over-the-top worldwide media and popular frenzy; discussions about whether he transcended race given his cross-racial popularity; numerous commentaries on the racial dimensions of his deeply troubling physical and emotional transformations (see a Patricia J. Williams essay on the subject here); surveys of this African-American’s artistic genius and life-long contributions to global music, dance, and popular culture. And, for a moment, there was stunned silence and sympathy at hearing the voice of a little girl who, after all was said and done, had lost her father.
►The nomination of Judge Sonia Sotomayor as the first Latina, and only the third woman, to be appointed to the U.S. Supreme Court, stimulated widespread professional pride. She is an accomplished lawyer and judge who seemed to have forgotten neither her working-class community, culture, and family, nor the antidiscrimination laws and policies that made it possible for her hard work to be recognized. That celebratory moment was to be followed by a trumped-up political “debate” about experience, empathy, and the roles identity plays in judicial decisionmaking; (see IntLawGrrls posts on the confirmation process here.)
►And finally, the grandmother of them all (so far)--the arrest and detention of Henry Louis (“Skip”) Gates, Jr., Alphonse Fletcher Distinguished University Professor
and Director of the W.E.B. DuBois Institute for African & African-American Research at Harvard University.
Gates was arrested for disorderly conduct on 16 July at his home by Cambridge Police Sergeant James Crowley (a charge that was wisely dropped a few days later).
Just the Facts, Ma’am
During the past two weeks there’s been enough media coverage, debate over what happened and follow-up analysis to merit whole webpages dedicated to the subject. See, for example, this compilation site at Boston.com. The page includes links to the following:
►the emergency call to police made by a passerby on her lunch-break when another woman alerted her to two men forcing the jammed door of Gates’ home;
►the radio communications among Sergeant Crowley, central dispatch, and other officers;
►the Cambridge Police Department arrest report;
►and the Joint Statement issued by the Cambridge Police Department, the City of Cambridge, and Professor Gates when the disorderly conduct charge was dismissed days later.
That’s Funny…
When a friend called me about the news, it seemed, at first, like some sort of cruel, ironic punch-line to a late night monologue. Here, after all, was one of the most prominent and influential Black public intellectuals on African and African-American history having been arrested on a charge of disorderly conduct at his own home. And this only days before the launch of CNN’s “Black in America 2”, a documentary series about positive community responses to the devastating impact of racism and racial disparities in health, education, housing, and criminal justice on the life chances of African-Americans.
Although, like the late Richard Pryor, one can laugh about race relations in America, one knows that it is never truly a joke.
“Curious-er and Curious-er”
Things grew more strange with each passing day.

At first, the official responses seemed like those associated with many such incidents involving prominent people. After the charge was dropped, Cambridge Mayor Denise Simmons, an African-American (pictured right), expressed regret that the incident occurred and called for a thorough investigation and further discussions on race and police-community relations.
Community and civil rights/civil liberties organizations called for greater attention to existing efforts to address racial profiling and other aspects of community-police relations. (See, for example, an op-ed by Carol Rose, Executive Director of the American Civil Liberties Union of Massachusetts (ACLUM) here. Note: I am a member of ACLUM’s board, but the opinions I express here are my own and do not necessarily reflect those of the organization, its board, or its staff. As a separate matter, I was a Fellow of the DuBois Institute in 2008 and therefore know Professor Gates. I have not spoken with him about the facts of the incident or this blogpost.)
What Happened Was…
Disputes about the facts persist even two weeks later. Here’s my version of the gist based on media reports. Professor Gates, returning home during daylight hours after a long trip, had trouble getting his front door open. He asked the driver with him to help push the stuck door and succeeded in getting inside.
A woman who worked nearby called the police when she was alerted by another older woman, possibly a neighbor, who feared that a break-in was occurring.
The passer-by told the 911 operator that she was not sure what she had witnessed, but that two men seemed to have forced a door open and that the other woman with her was worried. When asked, she said that she did not know the race of the men because she had not seen them clearly.
When pressed by the operator, she guessed that one might be Hispanic, but noted that she did not see the other man clearly. She also said that it was possible that the people she saw might live there and that there appeared to be luggage on the porch.
According to this blogpost on The Root.com, Professor Gates later sent the caller flowers for alerting the police to what she thought was an attempted burglary. Soon after the call, Sgt. Crowley arrived at the home in response to the dispatch. Meanwhile, the driver had left and Professor Gates was in the process of calling the real estate manager to report damage to his front door.
As President Obama later described events up to that point, “so far, so good”.
What happened next?
How then, the resident of the home, Harvard professor or not, ends up under arrest and detained for four hours after presenting identification, is, of course, what divides so many observers a

long racial lines. (See the Boston.com article,“No Racial Consensus on Gates Case”.)
►Professor Gates’ description of events and his lawyer’s statement appear here and here.
►Sergeant Crowley’s description of the incident and police union statements can be found here.
►President Obama’s press conference take on the broader issues of race relations and racial profiling as well as on the specifics of the Gates-Crowley incident, appears here. His follow-up statement on the furor that resulted can be found here.
►And that famous White House conversation over beers can be observed here.
Among many other commentators, criminal law professor Angela J. Davis of American University’s Washington College of Law (pictured above left) provided an excellent brief legal analysis of the original incident on CNN.