Race in America: Moments and Years 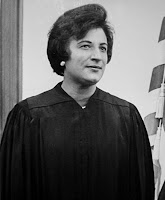 Part 2 of a Series
Going Viral on Race
The disputes over the facts surrounding events following Professor Gates’ presentation of his identification raise serious issues about individual civil liberties, class divides, and community policing. But what caused the incident, and the larger issues that resonated from it, to “go viral” is the continuing significance of race.
I was at a conference when I heard about the Gates-Crowley incident. The incident was topic #1 with almost every Black cabdriver, law professor, waiter, hotel receptionist, and housekeeper with whom I spoke.
Why? Isn’t national health reform much more important, especially to African-Americans and other people of color, who suffer from shocking racial and ethnic disparities in health care and health outcomes? (See, for example, the website of the National Black Women’s Health Imperative, a Fact Sheet by the Agency for Healthcare Research and Quality and an investigative study by Physicians for Human Rights.)
Such crucial concerns that will affect the lives of millions are more important than a single incident on a quiet Cambridge street, of course. But the broader conversation on race relations in America remains relevant to the progress of the entire country on civil, political, economic, social, and cultural levels.

Observations from a Teachable Moment?
So, what, if any, were the lessons, specific, and general, that could be drawn if the reaction to the Gates arrest, indeed, was a teachable moment? There are many, including those about the state of civil liberties, the unreliability of eyewitness testimony as a sole means of determining facts, class conflict, gender dimensions, security, and community policing.
But I highlight here a few observations. “Lessons” are much more difficult to distill, so I’ll leave those to the bibliographic resources listed in a separate post.

Observation #1. To Repeat, “A Post-Racial America?: Not Yet”
As I’ve previously noted in our IntLawGrrls series on CERD and Race in the U.S.,
the United States of America is not a post-racial society. Racial equality takes more than the election of an African-American president, the rise of African-Americans to powerful foreign policy positions, and the appointment of a few African-American CEOs. The presenc

e of influential distinguished professors at Ivy-League institutions do not a new world make.
The reasons for the pervasive and particularly vehement reactions to the Gates-Crowley matter are complex. See, for example, an incisive opinion piece by Professor Sherrilyn Iffill of the University of Maryland School of Law (pictured right), noting the role celebrity played and calling for equally high-profile and serious attention to problems of police brutality, racial profiling, over-incarceration, and other issues devastating many African-American poor communities.)
Commentators such as Eugene Robinson of the Washington Post and journalist Helene Cooper of the New York Times also observed that class mobility is no cure for the American racial divide. African-American “elites” (economic or educational) may still face aspects of the color line not shared by similarly privileged non-minorities.
So the Gates-Crowley incident turned out to be much more than an interesting summer diversion. It touched the raw nerve of race/ethnicity discrimination in America at a moment when some had convinced themselves that U.S. racial conflict was over.

Observation #2. Silence is not golden.
For others, this moment was one in which silences about race were being broken at a high-profile level.
As U.S. Attorney-General Eric Holder urged in a Black History Month speech, the legacies and contemporary implications of race in the United States will be addressed effectively only if they are discussed forthrightly.
Despite the widespread recent furor, one can also detect evidence of another familiar, and troubling, phenomena—that of cross-racial silence. This reaction is common to many of us.
High-profile incidents sometimes create an opportunity to talk about these issues. But it is telling when we cannot even talk across racial divides about the broader, more pervasive social impact of race on the entire society. Those water-cooler, telephone, e-mail, religious institution, and bar-room debates are often highly-segregated.

Observation #3. Saying that an incident is about class, personality, civil liberties, security, and gender, does not mean it is not also “about race”. Race is a multidimensional social construct that includes other identities such as gender, class, sexual orientation, and disability. African-Americans and other minorities, can be found in all social and economic classes, genders, religious faiths, and jobs (including police officers and professors). Racial identity, discrimination, stereotyping, and profiling occur in the context of such complex dimensions. Town vs. gown conflicts exist in every college town in the country perhaps. But that does not mean they do not also take on a special character when racial differences are also involved.

Observation #4. Defining the R-words?
The biggest problem remains a racial divide in perception.
Words are important. Key words and phrases--“racial discrimination,” “racism” and “racist”--seem oddly to themselves be misunderstood in contemporary U.S. discourse.
Article 1 of the International Convention on the Elimination of All Forms of Racial Discrimination defines “racial discrimination” as follows:

"racial discrimination" shall mean any distinction, exclusion, restriction or preference based on race, colour, descent, or national or ethnic origin which has the purpose or effect of nullifying or impairing the recognition, enjoyment or exercise, on an equal footing, of human rights and fundamental freedoms in the political, economic, social, cultural or any other field of public life.

The Big Things; The Little Things…
In addition to the most virulent and violent forms of racial hatred (that still exist today), racial minorities also experience forms of racial discrimination that do not leave physical marks on the surface.
African-Americans and other ethnic and religious minorities also experience racism in daily “micro-aggressions” about which sociologists, legal analysts, and psychologists have written. It exists in the daily grind of parents of color struggling to make sure their children are not passed over or buried in low-achievement tracks because they are assumed to be less intelligent. It is in the daily cliché of “driving while Black” and racial profiling about which almost every Black male commentato

r spoke recently (including former U.S. Secretary of State Colin Powell).
It happens to women of color and children as well as men. It happens in elite and middle-class venues. (For an interesting conversation among African-Americans on the broader context of the Gates-Crowley incident, see the 30 July 2009 broadcast of Basic Black, a Boston public affairs show.)
For wealthy and middle-class African-Americans, such micro-aggressions can be a relatively minor daily fact of life, but can add up to increased levels of stress and related health consequences.
But, as has been pointed out by commentators from left, right, and center, it is the African-American poor and working-class who suffer by far the most severe effects of racial profiling, racial stereotyping, and racial socio-economic disparities in the U.S.

Teachable Years…
So, it will take more than even highly symbolic moments like the election of an African-American president, images of a remarkable First Family (above left), more and more African-American “firsts” or “seconds” (judges, professors, executives, physicians, surgeons-general, orchestra directors, and astronauts) to further racial justice in the United States.
It also takes thoughtful and sustained analysis, organized (and not so organized) activism and advocacy, in-depth and sustained coverage by new and old media and cross-cultural conversations in classrooms, courtrooms, and living-rooms. (Listen to a set of radio narratives on various forms of stereotyping in “Got You Pegged,” an episode of This American Life broadcast 31 July 2009 here).
(See the post below for an eclectic resource list on race in the United States.)
by Hope Lewis at 7:02 AM