Remember the right to health? 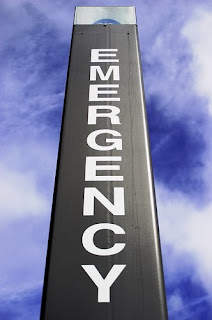 This time last year we blogged in wonderment on how the rhetoric of a right to health pervaded Democratic discourse in the United States.
We quoted longtime health care advocate Sen. Edward M. Kennedy of Massachusetts, of course, but also Speaker of the House Nancy Pelosi of California, and, most significantly, the preamble to the Democratic Party platform, which declared:

We believe that quality and affordable health care is a basic right.

It was a heady moment. Many of us recall far too vividly the health-reform debacle of the 1990s,. Have spent far too many hours in hospitals and on health-benefits websites. Have endured far too intimately the hardships of our uninsured (and underinsured) clients, friends, and family. Last August we found reasons for hope.
Fast forward a dozen months. This August, as in the '90s, fringe distortion dominates the mainstream media. Voluntary end-of-life counseling is transmuted into the dark fantasy of a "death panel." The fact that many health professionals already conduct such counseling as a matter of routine fades in this feat of political prestidigitation. Lost entirely are truly critical facts: 77 percent of us support the choice of a public option, and 47 million children, women, and men in the United States need health insurance.
In this topsy-turvy tumult it is easy to bewail deprivations of the right to health, to complain that the Democrats, the Executive Branch, President Obama, are not doing enough to protect that right. In the hope of aiding understanding of what's happening right now, this week my class will begin to learn about Human Rights by studying the concept, scope, and enforcement-or-not of the right to health. Even before we begin that study, however, I can't help but remember what a Oliver Wendell Holmes, Jr. had to say about human rights, nearly a century ago. As I've written (n.176), in 1916 the renowned U.S. Supreme Court Justice stated

that he did not ‘respect the rights of man . . . except those things a given crowd will fight for ...’

As a matter of theory, Holmes' hostile statement is of course troubling. But as a matter of practice, it is right on point. It requires hard work to entrench even the most basic of human rights. Change will happen only when it is not only some few officials in Washington, but also all U.S. supporters of health care, who do their part to make it happen.
Put another way:
What have you done for the right to health lately? What will you do once Congress' odd August recess comes to an end?
by Diane Marie Amann at 6:02 AM