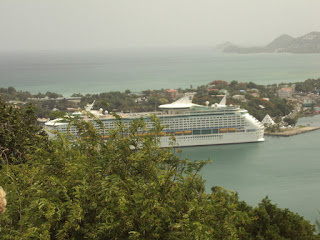 The idea seemed ludicrous on its face: Go on a 7 day Caribbean cruise? With my family?
With due apology to cruise aficionados, I am decidedly in the "anti-cruises" camp. They have always seemed rather . . . tame. My travels have been along the lines of the "exotic"--Senegal, Algeria, Côte d'Ivoire (during a coup no less!) I guess I like the adrenalin to flow when I'm traveling. But this was an opportunity to spend time with my family, all of whom live on the East Coast. So, I agreed to go. It turned out to be not nearly as bad as I had contemplated. In fact, I had fun -- most of the time anyway (Ok, so I skipped Disco Night in the ship's lounge. Sue me!)

One thing immediately struck me on the many land excursions: Rum is at the epicenter of Caribbean culture and the economy. Practically every island organized a tour of their Rum distillery, and each proclaimed itself producer of the "best Rum in the world." Rum was everywhere: Rum cake, Rum punch, Rum shots, and the ever popular Cuba Libre! or Rum and Coke (Bacardi and Coke, insists our tour guide at the Bacardi distillery in Puerto Rico). Our Bajan guide put it bluntly: In the Caribbean, for every church built, a rum shop crops up right next to it!

The diversity of Caribbean Rum can be dizzying. Each Island produces a brew with its own distinctive flavor. Here's a snapshot for the next time you order up a bottle: Barbados, reputedly the oldest operating Rum producer in the 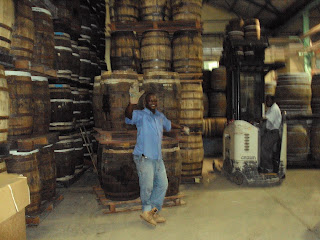 world (since 1663), is famous for light, sweet Rums. Cuba produces light-bodied, crisp, clean Rums -- although it is illegal for Americans to import it. Puerto Rico is known for light, very dry Rums. And Haiti produces heavier Rums that are aged to a full-bodied, smooth vintage. But in truth, my memories of Haitian Rum are different. Every year, my parents returned to New York from their Haitian vacation with bags full of an innocuous-looking clear liquid. It was Clairin, an unrefined Haitian Rum some called "moonshine." It stunk! I can remember my father and his friends sitting in our living room drinking Clairin, laughing, and exchanging news on Island politics. Although we lived in New York, Rum was a rich part of our social life (well, not mine . . . I was a kid!)

How did Rum become "a global spirit with its beating heart in the Caribbean"? That story is a fascinating one.

While its origins are shrouded in mystery, Rum is truly a global phenomenon. Of cou 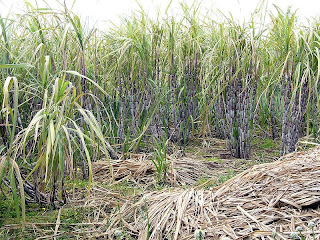 rse, it could not exist without sugar cane, a tall, thick grass originally from Indonesia. The Chinese are said to have spread its cultivation to Asia and on to India. The Arabs then took up the charge, bringing sugar cane to the Middle East and North Africa. The crusading Europeans of the 11th century came upon sugar cane, and the Spanish and Portuguese carried it with them to the Canary and Azore Islands. And then came Christopher Columbus. En route to his second voyage to the New World in 1493, Columbus picked up cane cuttings from the Canaries and transplanted them to Hispaniola--the island now shared by Haiti and the Dominican Republic.

The Caribbean proved an ideal climate for the cultivation of sugar cane, and Europeans had a nearly insatiable appetite for sugar. To satisfy that craving, the huge sugar cane plantations were born. Sugar cane was planted, harvested and transformed into sugar, which was then exported to various European capitals. 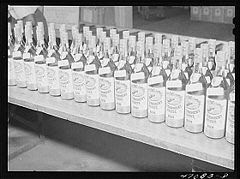 The sugar plantations in turn needed lots of labor -- from slaves and indentured servants, to minor European nobility seeking their fortunes. With this cast of characters, and the harshness of Caribbean life in that period, it was only a matter of time before Rum became the brew of choice for the enslaved, the disaffected, and the lonely. French historian Alain Hertz de Lemp disparagingly called Rum "the drink of the Blacks, the buccaneers and all the vagabounds who scoured the new world."

How did Rum change its image? More on that later . . .
And if I've managed to whet your appetite for some Rum, 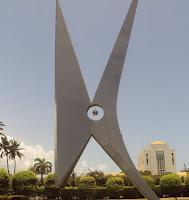 here's a recipe for the Cuba Libre! as told to me by a bartender at the Bacardi distillery in Puerto Rico:

Fill a glass with ice. Add:

by Marjorie Florestal at 6:14 AM

This is great! I think 'holiday stories, pics, and other cocktail recipes' should be a regular feature of Intlawgrrls....

I agree with Doris! Just last night I was looking for a recipe for bananes flambées... Your clairin sounds like what our Guadeloupian mail carrier brought back to France from his visits home, much to our 'ti punch drinking delight.

Lol! Hope, I definitely have a "secret stash" packed away for special guests. You are welcome to join anytime! Doris, I have to agree. What would life be like without cocktails? And Naomi, I have no doubt that your Guadeloupian drink is at least kissing cousins to Haitian clairin. All I can say is watch out!