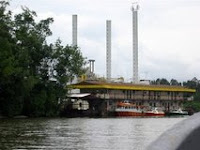 ed before on the Bowoto case, brought against California-based Chevron Corporation for the injury and deaths of individuals protesting the defendant’s extraction activities in the oil-rich Niger River Delta region in Nigeria (Chevron facility at left; photo credit; Delta below right). Although many accounts of the case focus on the fact that the jury ultimately ruled in favor of the defendant (a trial blog is available here), the case has generated some important doctrinal rulings on the Alien Tort Statute (see for example Chimène Keitner’s work on complicity liability and the ATS). One opinion worth reading for international criminal law aficionados is the district court’s ruling on the cognizability of crimes against humanity (CAH) under the ATS: Bowoto v. Chevron, 2007 U.S. Dist. LEXIS 59374 (N. Dist. Ca. August 14, 2007). All key rulings in the case are available here (Earthrights International). 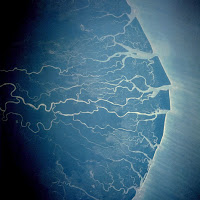 Crimes against humanity are a constellation of acts made criminal under international law when they are committed in the context of a widespread and systematic attack against a civilian population. The enumerated acts include murder, deportation, torture, sexual violence, and arbitrary detention. Like many international crimes, crimes against humanity are characterized by a dual mens rea element. A prosecutor/plaintiff must not only prove the existence of the mens rea associated with the underlying constitutive offense (e.g., intent to kill), but also that the defendant knew that his/her actions were part of the attack against a civilian population. These so-called chapeau (“hat”) elements applicable to all CAH serving to distinguish international crimes from “ordinary” acts of murder, mayhem, and assault prosecutable under domestic law (or, for that matter, from “ordinary” torts).
CAH have been the subject of several ATS suits brought by the Center for Justice and Accountability, and other human rights groups, These include:
► Cabello v. Fernandez-Larios, 402 F.3d 1148, 1152 (11th Cir. 2005) (finding that the work of the "Caravan of Death," a Chilean military unit that "traveled to many cities in northern Chile where the military officers engaged in acts of extrajudicial killing, torture, and abuse of various individuals who were incarcerated due to their alleged opposition to the military junta," constituted crimes against humanity);
► Doe v. Saravia, 348 F. Supp. 2d 1112, 1156 (E.D. Cal. 2004) (so characterizing atrocities committed by military "death squads" including the assassination of Monsignor Óscar Romero);
► Chavez v. Carranza, 2006 U.S. Dist. LEXIS 63257, *2 (W.D. Tenn. 2006) (same with respect to Salvadoran security forces); and
► Mehinovic v. Vuckovic, 198 F. Supp. 2d 1322, 1344 (N.D. Ga. 2002) (finding CAH liability on default judgment for acts involved in "ethnic cleansing" in the former Yugoslavia).

The Bowoto district court joined these courts (and others) in finding CAH cognizable under the ATS--in theory. It dismissed the claims, however, on a motion for summary judgment brought under Federal Rule of Civil Procedure 56 on the ground that plaintiffs had submitted insufficient evidence to raise a genuine issue of material fact as to whether the Nigerian Security Forces had launched a “widespread or systematic attack” directed against “a civilian population.” Id. at *30. In so ruling, the district court cited extensively from opinions generated by the International Criminal Tribunals for Rwanda (ICTR) and Yugoslavia (ICTY), exemplifying the increased penetration of ICL norms and reasoning into U.S. jurisprudence.

In particular, the court cited extensively from Prosecutor v. Limaj (defendant Fatmir Limaj at right), before the ICTY. Prosecutor v. Limaj, Case No. ICTY-03-66-T, Judgment, paras. 180-228 (Nov. 30, 2005). Limaj involved crimes committed by the Kosovo Liberation Army (KLA) against civilians within the war in Kosovo against Serbian forces. The Prosecution had argued that the violent acts alleged in the indictment followed a pattern and were committed over a wide geographical area such that they were sufficient to constitute “a widespread or systematic attack.”

In dismissing the crimes against humanity counts, the ICTY Trial Chamber explained that “[i]t is established that the targeting of a select group of civilians—for example, the targeted killing of a number of political opponents—cannot” constitute crimes against humanity. Rather, the attack must be “directed against a civilian ‘population,’ rather than against a limited and randomly selected number of individuals.” Limaj, supra, at para. 187. Likewise, although the “relevant conduct need not amount to a military assault or forceful takeover,” there must be a ‘course of conduct’ directed against the civilian population that indicates a widespread or systematic reach.” Id. at para. 194. The Trial Chamber concluded that the attacks in question were more in the nature of acts of guerrilla warfare against a superior, conventional military force. Id. at para. 195. To the extent civilians were detained, injured, or killed, it was because they

Taking the evidence as a whole, the ICTY Trial Chamber observed that the KLA engaged in the abduction of a limited number of ethnic Serbs (100-140), which led it to conclude that

in the context of the population of Kosovo as a whole the abductions were relatively few in number and could not be said to amount to a “widespread” occurrence for the purposes of [CAH]. * * * The evidence discloses that there was at most a systematic” attempt by the KLA to target Kosovo Albanian individuals believed to be, or suspected of, collaborating with the Serbian authorities, but no attempt to target a civilian population as such.

Id. at paras. 210-211. Targeting only those with links to the Serbian regime in diverse geographic locations did not constitute an attack against the civilian population writ large. Id. at para. 217. Thus,

it is not possible to discern from [these abductions] that the civilian population itself was the subject of an attack, or that Kosovo Albanian collaborators and perceived or suspected collaborators and other abductees were of a class or category so numerous and widespread that they themselves constituted a ‘population’ in the relevant sense.

Id. at para. 226. Indeed, although the Trial Chamber had earlier ruled (id. at paras. 212-213) that proof of a policy to attack civilians is not a formal element of crimes against humanity, it did put some stock in the fact that there was no evidence in the record—as confirmed by expert witnesses—of a KLA policy to target civilians per se. Id. at paras. 215-216, 225. One of three defendants was convicted of war crimes; the Prosecution did not appeal the CAH acquittals.

The Bowoto district court cited Limaj for the proposition that plaintiffs had to adduce evidence that established that the particular acts of abuse in question were part of a widespread or systematic attack against a civilian population. To do this, the district court looked to

On both fronts, the court ruled that plaintiffs’ evidence fell short. In particular, the court noted that although plaintiffs presented evidence of attacks “resulting in hundreds of deaths and thousands of injuries, over a roughly ten-year period, in a region containing roughly 14 million inhabitants,” the victims were targeted because they were oil protesters, or associated with oil protesters, and not because they were civilians per se. Id. at *30-32. The court concluded that the violence in Nigeria did not rise to the level of other conflicts in which crime against humanity have been committed, such as in Rwanda or the former Yugoslavia. Id. at *32.

Following the disappointing jury verdict, plaintiffs moved for judgment notwithstanding the

verdict and for a new trial pursuant to Federal Rules of Civil Procedure 50 and 59; both were denied. See Bowoto v. Chevron Corp., 2009 U.S. Dist. LEXIS 21944 (N. Dist. Ca. March 4, 2009). Plaintiffs have indicated an intention to appeal these rulings to the Ninth Circuit Court of

Appeals. (It is not yet clear if they will appeal the MSJ ruling). See Earthright’s press release here. Chevron’s efforts to repair relations with community are described by the company here.


The Bowoto & Limaj discussion above reveals a tension in the law over expanding the reach of the prohibition on crimes against humanity beyond situations of large-scale violence or repression. The Bowoto district court implies that not all systematized violence, even if geographically dispersed, constitutes an "attack on a civilian population" within the meaning of the definition of crimes against humanity under international law. Some level of gravity must be first reached before actions will be considered crimes against humanity. In this analysis, the gravity notion appears to reside partially in the civilian “population” element rather than in the modifiers “widespread or systematic,” which seems to undercut the importance of these concepts in defining crimes against humanity. For more on gravity as an organizing principle for international criminal law, see here and here.
by Beth Van Schaack at 7:00 AM