Read On! State Responsibility to Protect 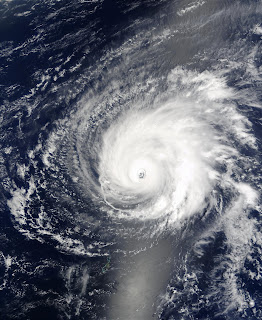 Does international law adequately address the right of states to intervene when a sovereign government fails to protect its own citizens? My colleague Jarrod Wong has recently published an article on this question. In Reconstructing the Responsibility to Protect in the Wake of Cyclones and Separatism, Wong explores the doctrine of Responsibility to Protect (R2P), which was endorsed by the United Nations in 2005. R2P provides that where sovereign governments are manifestly failing to discharge their primary responsibility to protect their populations, that responsibility shifts to the wider international community acting through the UN. But Wong seeks to reconceptualize R2P. He argues for the ability of the international community to respond not just to mass atrocities affirmatively perpetrated through armed attacks, but also to those resulting from a government’s criminal failure to protect its own people from harm based on omission.

It is a provocative idea, to say the least. Wong argues for a "constructive interpretation" of R2P, which would allow state intervention in cases like Myanmar after Cyclone Nargis. The junta refused to allow foreign aid into the country even as its people lay dying. Should the international community have remained silent? Wong argues not, and he grounds his claims in international law, international criminal jurisprudence, and general rules of interpretation. He also explores how R2P might apply in the context of environmental disasters and global pandemics. An interesting read indeed!
by Marjorie Florestal at 7:49 AM