(The sixth in a series on the crime of aggression in the ICC Statute.)

As international delegates have been drafting the definition of the crime of aggression and determining the compatibility of the new provisions with the U.N. Charter, they have not focused on the fact that the crime of aggression threatens to destabilize the ICC’s complementarity regime. The foundational principle of complementarity dictates that the ICC is meant to complement, rather than supersede, national jurisdictions. Broadly stated, if a national court is investigating or prosecuting a particular case, it is inadmissible before the ICC unless the domestic proceedings are designed for the purpose of shielding the accused from accountability or are otherwise a sham. The principle assumes that states have the ability to prosecute offenders, either

One potential fix for this apparent problem may be found in the Statute’s admissibility and double jeopardy (or ne bis in idem) provisions. Generally put, per Article 17(1), a case is inadmissible before the 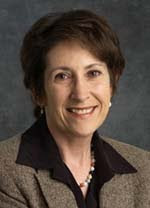 ICC if a state is prosecuting, or has prosecuted, the defendant. As Professor Linda Carter of McGeorge School of Law (left) notes in this very helpful article, questions of admissibility have already arisen in cases before the ICC where there is an incomplete concurrence between available domestic charges, on the one hand, and potential charges before the ICC, on the other, as where a state prosecutes an accused for the “ordinary” crime of murder when the underlying acts could also be characterized as the war crime of willfully killing a protected person.
According to the ICC’s admissibility rules, a “case” is inadmissible if it is “being investigated or prosecuted by a State” that has jurisdiction over it (Article 17(1)(a)). If the state has already prosecuted the individual, a subsequent prosecution is barred by operation of double jeopardy where “the person concerned has already been tried for conduct which is the subject of the complaint” (Articles 17(1)(b) and 20(3)).

Thus, in the murder example above, a domestic prosecution for murder would foreclose an ICC prosecution for the war crime of willful killing. Murder is a lesser included offense of this war crime in that the definition of murder contains no elements not contained in the definition of war crimes, the latter being distinguished by its internationalizing elements (i.e., the existence of an armed conflict, a nexus between the act and the conduct, and the status of the victim as a protected person). In addition, a domestic prosecution for kidnapping may also preclude a subsequent prosecution for the war crime of forcible conscription of a child into the armed forces if the latter charge would be based on the same conduct underlying the kidnapping charge. This is true even though the crimes of kidnapping and forcible conscription don't share the same elements.

The ICC’s provisions thus provide more double jeopardy protection than is available in the United States under the Blockburger test, whereby prosecutions are foreclosed only for crimes that share the same elements. As such, the ICC’s provisions are highly protective of state jurisdiction by limiting the ability of the ICC to prosecute the same defendant in the wake of a credible domestic adjudication concerning the same conduct.

Presumably, Articles 17 and 20 utilize different terminology (case v. conduct) to cover situations in which a crime base is under investigation, but a domestic indictment has not yet issued, so it is not known which specific domestic charges will be brought. By contrast, the double jeopardy provisions apply where an individual has been fully prosecuted for particular conduct, regardless of how the specific charges characterized that conduct.

Applying this framework to potential charges of aggression before the ICC, where a wartime crime base is under credible domestic investigation, the ICC should stay its hand pursuant to Article 17(1)(a). Once the domestic court has fully adjudicated the case, the ICC may retain jurisdiction over the crime of aggression pursuant to Article 20(3) where the conduct underlying aggression charges is different than the conduct underlying the domestic charges that were prosecuted. This will likely be so in most cases in which aggression is at issue, even where the domestic charges are for international law offenses, such as the war crimes of mistreating detainees or utilizing disproportionate force. This stems from the longstanding conceptual distinction in the law between the jus ad bellum (the rules governing the resort to armed force) and the jus in bello (the rules governing the conduct of hostilities).

The domestic crimes most analogous to the crime of aggression—sedition, insurrection, or treason—usually aim to suppress internal dissension rather than cross-border aggressive acts, and so the conduct in question will differ. Under U.S. law, see, e.g.,

Potential domestic charges that might trigger complementarity vis-a-vis potential aggression charges are terrorism charges under domestic law—such as using weapons of mass destruction, 18 U.S.C. §2332a, or terrorist bombings, 18 U.S.C. §2332f—or weapons charges, such as using radiological dispersal devices, 18 U.S.C. § 2332h. In U.S. law, for example, it is a federal crime to commit an act of terrorism transcending national boundaries (18 U.S.C. § 2332b). Conduct triggering prosecution under these statutes might also support charges of aggression before the ICC where the individual in question satisfies the leadership clause of the ICC definition.

In the next negotiation rounds, delegates should focus on the complementarity consequences of enabling the ICC to prosecute aggression if they want to clarify when the ICC should prosecute acts of aggression if a domestic court has adjudicated crimes arising out of the same crime base as any potential aggression charges, notwithstanding that the underlying conduct differs. This would require tinkering with Articles 17, 18 and 20 addressing admissibility and double jeopardy.
by Beth Van Schaack at 6:00 AM