Update in the Lubanga Case 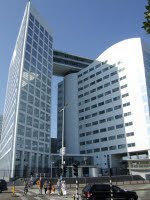 As has been blogged about here , Thomas Lubanga Dyilo was charged by the International Criminal Court with the offense set forth in Articles 8(2)(b)(xxvi) and 8(2)(e)(vii) of the Rome Statute, namely “conscripting or enlisting children under the age of fifteen years” or “using them to participate actively in hostilities.”
On 22 May 2009, over three years after Lubanga was first taken into custody by the ICC and over two years after the Pre-Trial issued its decision confirming the charges against him, the Legal Representatives of the Victims in Prosecutor v. Thomas Lubanga Dyilo filed a joint application with the Trial Chamber requesting that the Chamber use its authority under Regulation 55 of the Regulations of the Court to apply “an additional legal characterization” to the facts and circumstances described in the charging document, namely by adding the crime against humanity of sexual slavery and the war crimes of sexual slavery and cruel and/or inhuman treatment to the charges.

Regulation 55, which is entitled “Authority of the Chamber to modify the legal characterization of the facts,” states that:

1. In its decision under article 74 [referring to the final judgment of the Trial Chamber], the Chamber may change the legal characterisation of acts to accord with the crimes under articles 6, 7 or 8, or to accord with the form of participation of the accused under articles 25 and 28, without exceeding the facts and circumstances described in the charges and any amendments to the charges.
2. If, at any time during the trial, it appears to the Chamber that the legal characterisation of facts may be subject to change, the Chamber shall give notice to the participants of such a possibility and having heard the evidence, shall, at an appropriate stage of the proceedings, give the participants the opportunity to make oral or written submissions. The Chamber may suspend the hearing to ensure that the participants have adequate time and facilities for effective participation of, if necessary, it may order a hearing to consider all matters relevant to the proposed change.
3. For the purposes of sub-regulation 2, the Chamber shall, in particular, ensure that the accused shall: (a) Have adequate time and facilities for the effective preparation of his or her defence in accordance with article 67, paragraph 1(b); and (b) If necessary, be given the opportunity to examine again, or have examined again, a previous witness, to call a new witness or to present other evidence admissible under the Statute in accordance with article 67, paragraph 1(e).

In their filing, the Legal Representatives argued that the crime against humanity of sexual slavery and the war crimes of sexual slavery and cruel and/or inhuman treatment were supported by the facts and circumstances found in the Amended Document Containing the Charges, which reflects the charges confirmed by Pre-Trial I in its Decision on the Confirmation of Charges (“Confirmation Decision”). In other words, they argued that the facts alleged in the charging document could constitute the new crimes proposed.

In response, the Defense argued, inter alia, that the facts relied on by the Legal Representatives in support of their request exceeded the facts and circumstances described in the charges. For instance, the Defense pointed out that the Confirmation Decision made no mention of “facts and circumstances” supporting a widespread or systematic attack against a civilian population, which would be necessary to substantiate a crime against humanity charge. Therefore, the facts and circumstances could not be qualified as crimes against humanity. In addition, the Defense submitted that recharacterizing the charges in the manner requested by the Legal Representatives at this point in the proceedings would seriously affect the right of the accused to be tried without undue delay. 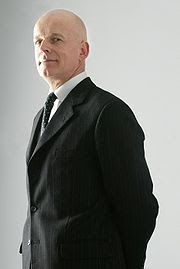 Judge Fulford dissented from the majority opinion, arguing that Regulation 55 must be read as a singular or indivisible provision. Significantly, in his dissent, he references an earlier decision in which he and the two judges in the majority essentially endorsed this interpretation of Regulation 55. In that decision , the Trial Chamber explained that:

Interestingly, in a subsequent clarification to the 14 July 2009 decision, the majority appeared to step back from its earlier position that modifications under Regulation 55(2) need not be limited to the facts and circumstances in the charging document, instead holding that any:

additional facts must . . . have come to light during the trial and build a unity, from the procedural point of view, with the course of events described in the charges.

While this seems to require some connection between the facts and circumstances in support of a request for recharacterization and those contained in the charging document, it is unclear what exactly would satisfy this standard.

Whether the Majority erred in their interpretation of Regulation 55, namely that it contains two distinct procedures for changing the legal characterisation of the facts, applicable at different stages of the trial (with each respectively subject to separate conditions), and whether under Regulation 55(2) and (3) a Trial Chamber may change the legal characterisation of the charges based on facts and circumstances that, although not contained in the charges and any amendments thereto, build a procedural unity with the latter and are established by the evidence at trial.