Crime of Aggression: To Be Or Not To Be?

(The seventh in a series on the crime of aggression in the ICC Statute.)

This series of posts devoted to the crime of aggression before the ICC has discussed some of the technical aspects of, and challenges to, defining the crime of aggression within the ICC Statute. All of this material begs the normative question of whether the ICC Statute should include the crime of aggression at all. To a certain extent, of course, the normative question is a moot one, as the train has all but left the station. Important blocs of states (including members of the Non-Aligned Movement, the Arab League, and the European Community) have invested considerable energy negotiating and drafting the aggression amendments and are deeply committed to seeing them implemented. As such, this project enjoys a high degree of momentum as we approach the 2010 Review Conference.

That said, the perceived appeal and utility of aggression prosecutions will continue to influence the negotiations surrounding the jurisdictional regime that will govern the crime—a process that remains contentious. If opponents to the crime of aggression succeed in enacting a narrow

(or overly labyrinthine) jurisdictional regime, or one that remains within the exclusive control of the Security Council (right), the aggression provisions may prove to be a dead letter, regardless of how expansively the crime is defined. So, it is worth considering the arguments opposed to and in favor of including the crime of aggression within the ICC Statute.

The primary argument against including the crime of aggression in the ICC Statute is that the crime will further politicize the Court. The fear is that states will use their referral power to cause the Court to initiate investigations into grievances over territory, foreign policies, arms control, and the like. The politicization concern is particularly acute in light of the fact that delegates have not yet agreed upon the relationship between the Court and the Security Council vis-à-vis the crime of aggression. One proposal, favored by those P-5 members who are participating in the deliberations, is that the Security Council would serve as a gatekeeper to any prosecution for aggression. Observers worry that such an arrangement would undermine judicial independence, render the Court a tool for the Security Council, and lead to unequal justice.

Critics are also concerned that aggression investigations before the Court will hamper the ability of states to reach political solutions to disputes, because once the Court's jurisdiction is triggered, it can only be halted by the Security Council (which would have to make a finding that the ongoing investigation constituted a threat to the peace pursuant to its Chapter VII mandate).

Human rights groups have raised concerns that tying the Court up with aggression investigations—which many argue are outside the Court’s core institutional competency—will detract time and attention from the atrocity crimes, which routinely go unpunished domestically. Many groups fear the Court will become bogged down in understanding the causes of war rather than in prosecuting war's consequences.

Critics also question whether the crime of aggression would add anything to the ability of the International Criminal Court to respond to situations of mass violence, especially given the comprehensive war crimes prohibitions contained in Article 8 of the ICC Statute. In other words, would a crime of aggression condemn conduct that would not be otherwise punishable as a war crime, a crime against humanity, or an act of genocide? Given the long-standing, although somewhat artificial, distinction between the jus ad bellum (the law governing the decision to go to war) and the jus in bello (the law governing the waging of war), the answer is yes.

An unlawful war can be fought legitimately; and a just war can be fought unlawfully. To be sure, it is often assumed that aggressive wars will be more brutal than lawful wars, and this is borne out in practice. In such conflicts, a comprehensive war crimes indictment will go far toward assigning responsibility for the horrors of war. But, even a cleanly fought but aggressive war harms civilians, societies, and the international community. Harm that would escape penal sanction because it does not constitute a war crime (such as so-called “collateral damage”) will be cognizable through the crime of aggression. Indeed, as the Security Council noted in Resolution 1820,

civilians account for the vast majority of those adversely affected by armed conflict.

Aggression may be the only charge that can be brought in the wake of a clean, but unlawful, war. In this way, the crime of aggression responds to the intuitive position that an otherwise lawful act of war (e.g., a proportionate attack on a military objective) committed within the context of an unlawful war is itself ipso facto unlawful even if no identifiable war crime is committed. The crime of aggression thus bridges the conceptual divide between the jus ad bellum and jus in bello.

Another rationale for including the crime of aggression in the ICC Statute hearkens back to the Nuremberg era, when crimes against the peace were first prosecuted. In the words of the Nuremberg Tribunal in its Judgment:

The theory is that once the peace is breached by the initiation of a war of aggression, conditions 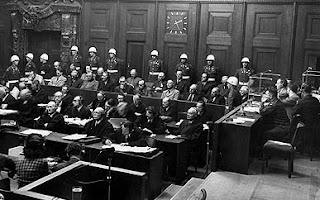 exist that facilitate, indeed unleash, other forms of violence. Troops are deployed, arms proliferate, detention centers are established, human groups are vilified, and brutality becomes normalized. War crimes cannot be committed without a state of war, and the Security Council, in Resolution 1820, acknowledged the inevitability of gender-based and sexual violence in situations of armed conflict. War crimes can rise to the level of crimes against humanity when the civilian population is attacked on a widespread or systematic basis, and the Rwandan tragedy demonstrates that war can serve as a pretext for genocide. A state of war thus enables, encourages, and exacerbates multiple forms of violence. The crime of aggression empowers the Court to teller a fuller story of a particular dispute and the crimes it spawned and to address root causes.

In addition, the crime of aggression—as a leadership crime—may facilitate the prosecution of individuals at the pinnacle of a chain of command who cannot otherwise be connected to the commission of war crimes or crimes against humanity through principles of derivative or superior liability. In the absence of a crime of aggression, the ICC may be powerless to address the actions of elites that enabled the commission of other international crimes. Assuming the Court is able to serve a deterrent function (admittedly, a big assumption), empowering the Court to prosecute the crime of aggression will raise the cost of resorting to armed force in international relations. Detractors, by contrast, argue that it is preferable, and more logical, to rely upon principles of state responsibility to deter and condemn aggressive acts rather than a criminal law model. In light of the absence of a principle of state criminality in international law, this argument misses the added stigma and possible deterrent effects associated with assigning criminal liability to individuals rather than civil liability to states.

A final argument in favor of prosecuting the crime of aggression—more emotional than legal—states that only when the crime of aggression is prosecutable by the ICC would the international community finally fully implement the virtually sacrosanct Nuremberg Principles. The crimes against the peace charge was the linchpin of the Nuremberg 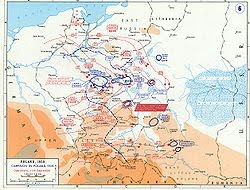 and Tokyo indictments and the centerpiece of the final judgments. Indeed, the majority of the Nuremberg judgment is devoted to condemning the aggressive acts of Germany—including the invasions of Poland (map at right), Czechoslovakia, Austria, and Belgium—in violation of the Kellogg-Briand Pact, various bilateral treaties and assurances of non-aggression, and declarations of neutrality. And yet, crimes against the peace all but disappeared from the international criminal law pantheon in the Cold War period. Re-committing the international community to prosecuting the crime of aggression would ensure that the Nuremberg legacy remains alive.
by Beth Van Schaack at 6:00 AM