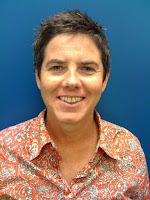 It's IntLawGrrls' great pleasure to welcome Brigid Inder (left), Kate Orlovsky (below right), and Katrina Anderson (below left) as today's guest bloggers.
All 3 work at Women’s Initiatives for Gender Justice, an international women’s human rights organization that advocates for gender justice through the International Criminal Court. Based in The Hague, Women Initiatives: conducts political and legal advocacy for the prosecution of gender-based crimes; advocates for victims’ participation before the ICC and reparations for women victims and survivors of armed conflicts; and engages in peace processes and negotiations. It also operatives extensive country-based capacity building programs and access-to-justice initiatives.
► Brigid is the Executive Director of Women’s Initiatives for Gender Justice. Before founding the organization, she was the Director of Community Legal Centres in New South Wales, Australia, and led HIV/AIDS health promotion, services, and anti-discrimination program at 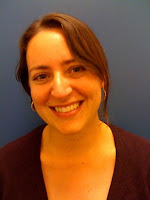 Australia's largest HIV/AIDS Council. Brigid has a background in international politics and advocacy for women’s rights at the United Nations and other global policy arenas, and is currently the President of AWID, the Association for Women’s Rights in Development.
► Kate has been a Legal Officer with the Women’s Initiatives for Gender Justice for a little over a year; before that, she consulted for a number of international organizations working on international justice, including the International Center for Transitional Justice, the Coalition for the International Criminal Court, and Human Rights Watch. 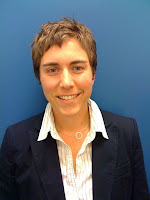 ► Katrina joined the staff of the Women’s Initiatives for Gender Justice as a Legal Officer this past July. Her previous position was as a Human Rights Attorney at the Center for Reproductive Rights in New York. She has also worked with the War Crimes Research Office at American University’s Washington College of Law, of which IntLawGrrl Susana SáCouto is Director, and with the Documentation Center of Cambodia.
In their guest post below, the 3 set forth a critique of 2 recent rulings that limit the ability of the ICC prosecutor to press a complete set of allegations respecting sexual violence and gender-based crimes.
Heartfelt welcome!