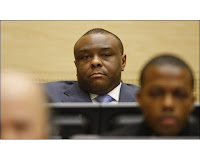 Rulings by Pre-Trial Chamber II of the International Criminal Court in the case of Jean-Pierre Bemba Gombo (left) present a worrying development in the prosecution of gender-based crimes.
Twice now that Pre-Trial Chamber has refused to allow the Prosecutor to bring multiple charges of sexual violence to address the full range of harms experienced by victims of rape. The first refusal occurred in its June 15 decision confirming the charges against Bemba (prior IntLawGrrls posts); its second, in its recent decision to deny the Prosecutor’s request for appeal.
At the heart of the Pre-Trial Chamber’s reasoning is the idea that two charges sought by the Prosecutor to address crimes of sexual violence — torture and outrages upon personal dignity — are “in essence” the same as the single charge of rape. Such reasoning fails to appreciate that the elements of torture and outrages were drafted to capture harm distinct from the penetrative act of rape and to address different policy goals. This reasoning:
► minimizes the harm, impact, and purpose of the rapes suffered by the victims of these particular crimes;
► contravene a decade of jurisprudence by the ad hoc tribunals; and
► ignores the various provisions in the Rome Statute of the ICC that allow for the prosecution of sexual violence; the statute thus recognizes that gender-based violence, like other crimes, can be charged cumulatively to address different harms arising from the same criminal acts.
In its June 15 ruling, the Pre-Trial Chamber had confirmed charges against Bemba, including charges of rape as a war crime and crime against humanity. (Bemba, alleged President and Commander in Chief of the Mouvement de libération du Congo, was originally charged with eight counts of war crimes and crimes against humanity that Mouvement members committed in the Central African Republic in 2002-2003; the attacks included rapes perpetrated on a mass scale which, the Prosecutor alleged, were committed with such extreme violence and cruelty so as to amount to torture.)
However, the Chamber declined to confirm three counts that were also

based on acts of sexual violence: torture as a crime against humanity, torture as a war crime, and outrages upon personal dignity. These separate charges of torture and outrages address, respectively, the pain and suffering experienced by the rape victims and their family members, as well as the victims’ humiliating and degrading treatment from the public and intra-family nature of the rape acts.
In addition to finding the Prosecutor had not provided sufficient notice to the Defence of the material basis for the charges other than rape, the Chamber reasoned that the counts of torture and outrages were “fully subsumed by the counts of rape.” In the view of the Chamber, these charges could therefore not be confirmed because they lacked a distinct element to the charge of rape; to allow them to go forward would be “detrimental to the rights of the Defence” because the Defence would have to confront “all possible characterizations.” Noting that Regulation 55 of the Regulations of the Court allows the Trial Chamber to modify the legal characterization of the facts, the Pre-Trial Chamber stated that the issue could be rectified at a later stage.
The Prosecutor submitted a request for leave to appeal the Chamber’s dismissal of the torture and outrages charges. Soon after, our human rights organization, the Women’s Initiatives for Gender Justice, requested, and was granted, leave to file an amicus curiae brief with the Court on the issue of cumulative charging and the rights of the accused.
Just a few weeks ago, on September 18, the Chamber issued its most recent decision, in which it refused to grant the Prosecutor’s request for leave to appeal, and reiterated that the facts presented by the Prosecutor “were in essence constitutive elements of force or coercion in the crime of rape, characterizing this crime, in the first place, as an act of rape.” 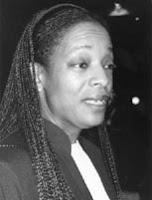 Written by Patricia Viseur Sellers (left), former Legal Advisor for Gender Related Crimes at the ICTY, the Women’s Initiatives’ amicus curiae brief argued that the Chamber misapplied the cumulative charging test that the Appeals Chamber of the International Criminal Tribunal for the former Yugoslavia had developed in Prosecutor v. Delalic. The practice of cumulative charging, which can occur until the end of trial, must be distinguished from due process violations arising from cumulative convictions, which may be pronounced by the judge upon a finding of guilt. Cumulative charges, as long as they are supported by sufficient evidence, are not inimical to the rights of accused because these rights are safeguarded throughout the trial. The Chamber’s approach also both appears to ignore the distinct crimes, articulated in the Rome Statute, under which an accused can be charged for sexual violence, and contradicts the Elements of Crimes, an instrument that states, in its general introduction, “a particular conduct may constitute one or more crimes.”
In this particular case, the Chamber’s narrow construction of the cumulative charging test resulted in the exclusion of certain sexual violence evidence with respect to certain categories of witnesses. For example, it is now unclear whether the Chamber will allow testimony from family members who were forced to watch their relatives being raped, even though the harm these individuals suffered is surely distinct from the harm of penetration as an element of rape. In the amicus filing by the Women’s Initiatives, Viseur Sellers compared the Chamber’s approach to the very different result reached by the ICTY Trial Chamber’s judgment in Prosecutor v. Furundžija (1998). There a witness who had been forced to watch the repeated rapes of another was held to have been the victim of torture.
On the issue of rape as torture, the International Women’s Human Rights Law Clinic at CUNY School of Law had proposed a separate amicus in Bemba, but the ICC's Pre-Trial Chamber II denied that request.
Taken together the two Pre-Trial Chamber decisions, while not binding on other pre-trial chambers, raise critical issues, all of these issues were discussed in the Women’s Initiatives’ amicus brief, for those concerned about gender justice at the ICC to monitor:
► As mentioned, the Pre-Trial Chamber's referred to the Trial Chamber's power to revise the legal characterization of facts under Regulation 55. As IntLawGrrl Susana SáCouto posted on Thursday, this issue has also surfaced in the Lubanga trial: there the Trial Chamber gave notice to the parties, after the prosecution had presented its case, that the Trial Chamber may recharacterize the facts to include charges of sexual slavery and cruel and/or inhuman treatment.
► There are concerns about the sufficiency of evidence the Prosecutor is required to put forward at the pre-confirmation stage with respect to sexual violence charges.
► Similarly, there are concerns about the Chamber’s duty under Article 21(3) of the Rome Statute to apply the provisions of the Rome Statute in a non-discriminatory manner.

by Brigid Inder, Kate Orlovsky + Katrina Anderson at 6:04 AM