One small step for Australia: Movement towards a Human Rights Act

(My thanks to IntLawGrrls for this opportunity to guest post on developments in human rights law in Australia, on which international lawyers whom I convened, in conjunction with Professor Robert McCorquodale, British Institute of International and Comparative Law, prepared a submission) 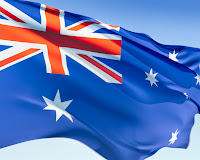 After an extensive Australia-wide human rights consultation, a respected government-constituted Committee has recommended, in its National Human Rights Consultation Report, that the time has come for an Australian Human Rights Act.
The key question demanded of the consultation committee was whether Australia should (and in some ways whether it is ready to) adopt human rights legislation. A constitutional bill of rights equivalent to the US Bill of Rights was regrettably off the table from the start, as such a proposal fell outside the consultation’s terms of reference. Despite this, even if an ordinary piece of legislation is adopted on human rights, it would represent a dramatic change in human rights protection in Australia.
At one time a world leader in its commitment to human rights, Australia has fallen behind comparative countries in its systems of human rights protection.
It is not widely known that Australia is now the only western liberal democracy without a “Bill of Rights” (broadly defined). The lack of national protection, and a human rights-shy High Court, have permitted successive Australian governments to introduce laws, such as for indefinite detention, immigration restrictions and indigenous discrimination, despite widespread criticism that they violate international law.
The National Human Rights Consultation Committee, led by Father Frank Brennan, a highly regarded Jesuit priest, received 35,000 submissions and hosted 66 roundtables in 52 different locations throughout Australia. It was a grassroots effort of consultation spanning the entire geographical continent, reaching out to many mainstream, as well as isolated, communities. In this vein, the Committee’s first recommendation is that efforts be taken to build a human rights culture in Australia through education as a number one priority.
The model Human Rights Act recommended by the consultation committee would, inter alia:
► Promote a “dialogue” about human rights between parliament, the executive and the courts, while retaining ultimate power in parliament (modelled very much on the UK’s 1998 Human Rights Act, which is ironically under review by the current Labour government, and which the Tories have indicated they would repeal if they came to power, although I think this will prove to be mostly rhetoric);
► Require federal public authorities to act compatibly with rights and give proper consideration to human rights in decision making (the proposal did not settle on what to do about state public authorities and left open various options).
► Require a Joint Committee on Human Rights to review all legislation for compliance with human rights.

► Grant a power of interpretation to the courts to interpret law compatibly with human rights. This recommendation would not empower the courts to invalidate legislation; however, under the Australian Constitution the High Court does have, and has used, the power to declare laws invalid due to conflict with the Constitution. (credit for photo of wig worn by Australia's 1st Chief Justice)
► Provide an effective remedy, including damages, to people who have suffered a breach of civil and political rights (although not their economic, social and cultural rights,even though the latter also would be listed in the Act).
► Contain a list of what could be described as “citizen responsibilities,” such as a duty to vote (which is already compulsory in Australia), to serve on a jury when required, to show respect for diversity and equality, including special respect for indigenous Australians, and to hold governments to account for acting unlawfully. It was left unclear what legal effect these responsibilities would have on one’s rights.
No doubt any proposed model was bound to leave many technical questions to be answered, not least those arising from the federal nature of Australia’s constitutional system, or the compromises taken and the merging of foreign models into a single Act. One other problem that still lingers, too, is that the Human Rights Act will be just an ordinary statute and, therefore, liable to repeal by subsequent governments who find it unworkable, or potentially inadvertently by implied repeal. The Australian constitutional system has not yet established a system of “constitutional statutes” as in the UK. The House of Lords (now the UK Supreme Court) has found that some UK statutes are of particular “constitutional significance” that they are held not to be subject to the doctrine of “implied repeal” (per Thorburn v Sunderland City Council (2002) All ER 156). This is largely driven by the fact that the UK does not have a written constitution, and makes this ”class of statutes” harder for Parliament to override – they must do so expressly.
The Australian government has promised to respond to the report in the coming months. Despite the challenges ahead, if a Human Rights Act is

pursued by the Labor government of Prime Minister Kevin Rudd, and adopted by Parliament, it would represent a dramatic and welcome change in the Australian constitutional landscape and an important victory for human rights.
by Alice Edwards at 6:02 AM