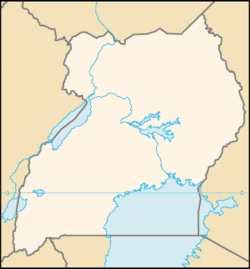 The international community is preparing for the ICC Statute-mandated Review Conference now scheduled for May 31, 2010-June 11, 2010 in Kampala Uganda. It is anticipated that the main agenda item will be to adopt amendments defining the crime of aggression, which has been the subject of a recent IntLawGrrls series. The Netherlands, however, has also proposed that the Assembly of State Parties also consider adding the crime of terrorism to the treaty.

By way of background, as originally envisioned, the ICC’s constitutive statute was to be primarily procedural in nature, incorporating the “core” international crimes of genocide, crimes against humanity, and war crimes by reference and as defined by customary international law along with certain “treaty crimes” set forth in discrete multilateral treaties already in existence, such as treaties addressing terrorism, drug trafficking (poppies at left below),

money laundering, and the like. To that end, nine of the terrorism treaties (for example, those addressing acts of terrorism against aircraft, ships, hostages, and diplomats) were included in an annex to the original ICC Statute.

Early on, delegates expressed concern that customary international law alone would not define the relevant crimes as clearly as would be necessary to provide adequate notice to an accused pursuant to the principle of nullum crimen sine lege. In addition, with respect to treaty crimes, delegates anticipated that it would be necessary to confirm that the treaty was in force with respect to the relevant states (e.g., the territorial and nationality state) for a treaty crime prosecution to proceed. These concerns led states to agree to set out the operative definitions of all the crimes in the Statute (and later adopt Elements of Crimes) rather than to incorporate such crimes by reference to preexisting treaties or customary international law.

As the negotiations proceeded at the 1998 Rome Conference, the treaty crimes eventually either fell out of the Statute, as was the case with terrorism stricto sensu and drug trafficking, or were incorporated into the core crimes, as was the case with respect to crimes against internationally protected persons (which are enumerated as war crimes at Article 8(2)(b)(iii)) and apartheid (which is listed as a crime against humanity at Article 7(1)(j)). With respect to terrorism crimes, drafters articulated several reasons for eventually excluding these crimes from the Statute altogether:

In addition, delegates at the Rome Conference were committed to concluding the treaty in five weeks, and the inclusion of terrorism was proving to be a sticking point in the negotiations.

Some drafters remained uneasy with this result and managed to secure the adoption of Resolution E at the Rome Conference, which recommended that a future Review Conference consider the inclusion of the crime of terrorism in the ICC Statute. As the first such Conference approaches, many states and scholars continue to argue that terrorism should eventually be

included within the Court’s jurisdiction. In particular, these advocates question the assumption made during the Rome Conference—which occurred in 1998 prior to the attacks of September 11, 2001—that terrorism is not a serious crime of international concern. They argue that terrorism represents a substantial and growing threat, especially given the possibility of attacks with nuclear, chemical, or biological weapons of mass destruction.

To this end, the Netherlands has submitted a proposal that would add terrorism as a standalone crime to the subject matter jurisdiction of the Court. The proposal does not provide potential elements of the crime, but simply adds terrorism to the list of crimes contained in Article 5 and proposes that a Working Group be assembled at the Review Conference to further define the crime. The Assembly of State Parties will consider this proposal at the eighth session of the Assembly of State Parties to be held Nov. 18-26, 2009 in The Hague. Stay tuned!
by Beth Van Schaack at 6:00 AM

Huh, I live in kampala and almost died on flight 253. Any way I could get into this conference and ask to speak on behalf of terrorism victims?