Beyond the IDP Camps 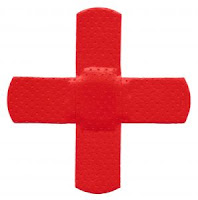 The International Committee of the Red Cross has just released an unusually critical report on internal displacement in armed conflict. The report challenges the excessive labeling of forced migrants, a phenomenon that this author attributes to the legalization of humanitarian emergencies, and questions the international community's focus on camps as the locus of humanitarian aid to victims of forced displacement in armed conflict.
In 2008, there were 26 million internally displaced, many of whom were out of sight of the world and unreached by international organizations. Forced displacement has significant gender dimensions, including increased sexual violence against women and girls, restricted access to reproductive health care, and the proliferation of households headed by a single female. Forced displacement also carries serious consequences for children, who are at greater risk of separation from their families, face forced recruitment as soldiers, servants, and sex slaves, lack access to education, and are at increased risk of death from easily preventable and curable illness.
The ICRC notes that camps for the internally displaced are just the tip of the iceberg. Looking beyond the camps, many of the internally displaced receive food and shelter from residents who themselves are struggling to meet basic subsistence needs. Moreover, not all those harmed by conflict are actually displaced; some stay to care for the ill, the disabled, and the elderly -- and then cannot access humanitarian aid because of conflict. It is in this context that the report questions the overlabeling of forced migrants, which leads to an excessive focus of resources and energy on those who reside in camps to the detriment of those who don't. In particular, the ICRC expresses concern about the increasing tendency to consider the needs of the internally displaced as separate and distinct from those of resident populations, and notes that labeling people and compartmentalizing humanitarian aid leads to the neglect of some groups.
In other words, camps soak up scarce resources that may be more urgently needed elsewhere, a situation that creates not only economic but also political problems. IDP camps provide the displaced with higher quality medical care, education, water, and food supply than local residents, creating dependency & disincentive to return home on the part of the displaced. At the same time, those not in camps drain poor local communities, worsening their economic plight and causing tension. The report suggests that resources are channeled into camps rather than communities because funding requires visibility, and communities are relatively inaccessible and invisible -- while camps are easily reachable by humanitarian organizations and highly visible to the international community
Finally, the report turns to the end game, noting again the problems created by an overly legalistic approach to humanitarian aid. According to the law, displacement lasts only as long as the reasons justifying it (military imperatives or security of civilians) require -- but in reality, return and reintegration take much longer. The report proposes that conversations about resettlement, return, or reintegration should engage IDPs themselves, and critiques the Guiding Principles on Internal Displacement for failing to mention this important point. It also notes the need for greater coordination and dialogue between international organizations to ensure there's no time gap between the withdrawal of humanitarian organizations and the entry of development agencies. Indeed, the entire report seems to push for an approach to forced migration that looks more like development aid and less like emergency relief, a prioritization that might put an end to artificial hierarchies of suffering in and after armed conflict.

(Hat tip to IntLawGrrl Diane Marie Amann for sending the report my way.)