The creation of the International Criminal Tribunal for the former Yugoslavia and the International Criminal Tribunal for Rwanda in 1993 and 1994, respectively, marked a new normative trend of using international criminal justice as a response to war crimes and human rights violations. Yet there is a dearth of empirical research on the extent to which criminal trials do in fact achieve their ascribed objectives.
My article, The Limits of Retributive Justice: Findings of an Empirical Study in Bosnia and Hercegovina, aims both to address this empirical gap in the transitional justice literature and to question whether the confidence and high expectations that such tribunals have generated among their supporters is justified.
Using the ICTY and Bosnia and Hercegovina as case studies, the article examines four particular claims made by the ICTY’s first President, Antonio Cassese. In his "Reflections on International Criminal Justice," 61 Modern Law Review 1, 6 (1998), he contended that criminal trials:
► individualize guilt;
► dissipate calls for revenge;
► establish a historical record; and
► facilitate reconciliation.
The article demonstrates that in the specific case of the ICTY and Bosnia, all except possibly the second of these claims are questionable – in particular, the third and the fourth. The claims are, moreover, unsupported by author’s empirical data. Addressing each of Cassese’s assertions from the least to the most problematic, the article advances two main arguments:
► The first is that while war crimes tribunals have a fundamental role to play in formerly war-torn societies, we should be more realistic about what they can accomplish. High expectations potentially generate deep disappointments, which in turn can undermine the actual achievements of these judicial bodies. 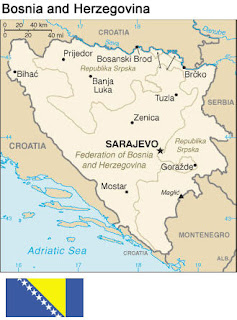 ► The second argument is that post-conflict societies, including those in the former Yugoslavia, cannot rely on retributive justice alone to deal with the aftermath of large-scale atrocities. Transitional justice takes many forms and we should not over-rely on criminal trials as a means to achieve justice.
With particular reference to Bosnia, it is suggested that some form of truth and reconciliation commission should be set up to complement the work of the ICTY. Such a commission, in contrast to the ICTY, would be based in Bosnia itself, which would help to create a greater sense of local ownership and interest in the truth-finding process. Its immediacy, moreover, would mean that a truth and reconciliation commission was directly a part of people’s everyday lives, thus making it a potentially significant tool for helping to combat the problem of denial and competing truths -- a problem that remains a fundamental obstacle to reconciliation in Bosnia.
Ultimately, what this article seeks to demonstrate is the importance of questioning commonly made, yet untested, claims about war crimes tribunals, and hence the imperative of further empirical research in this area using different case studies.
The macro-achievements of tribunals like the ICTY -- for example, in terms of their jurisprudence and contribution to the development of international law -- are significant. Examining their successes and failures at the micro-level, however, through a focus on the actual impact they are having on the ground, is crucial for any comprehensive assessment of their work, and hence for a fuller appreciation of both the strengths and the limitations of retributive justice in complex post-conflict societies.

I read your article some time ago in the JICJ and was pleased to stumble across this post as I catch up on the blogging world. As someone who works on transitional justice issues in BiH today, I must tell you that I could not agree with your conclusions more and I applaud you for using empirical methods to tell us how individuals and communities are really feeling - something that the international (justice) community too often overlooks. I cannot help but feel that better engagement and outreach would give much greater impact to the achievements international and domestic justice have brought about for this region, and that this should be done before or simultaneously withe exploration of other ways of seeking justice. Sadly, this remains sorely lacking at the moment.