This month the world duly marked the 20th anniversary of the Convention on the Rights of the Child (prior post), to which my country of residence, France, and all countries except Somalia and the United States, are states parties. Article 19 of that Convention provides: 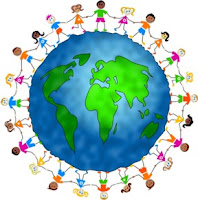 States Parties shall take all appropriate legislative, administrative, social and educational measures to protect the child from all forms of physical or mental violence, injury or abuse, neglect or negligent treatment, maltreatment or exploitation, including sexual abuse, while in the care of parent(s), legal guardian(s) or any other person who has the care of the child.

The Convention says nothing specifically about protecting children from such violence when they are out on the street. But one of its overall goals, as stated in the preamble, is to ensure that children are

fully prepared to live an individual life in society, and brought up in the spirit of the ideals proclaimed in the Charter of the United Nations, and in particular the spirit of peace, dignity, tolerance, freedom, equality and solidarity.

In a radio program here last weekend, a link was vaguely made between protecting children both from suffering violence and from becoming violent. In particular, there was a discussion of whether watching violent films or playing violent video games makes children/adolescents violent.
This reminded me of a study I read over 20 years ago, which concluded that after watching a violent film, adolescents are de-sensitized to violence. I suspect this effect is more widespread than that of actually becoming violent, and should be cause for greater concern.
The psychologist interviewed on the radio said all societies need to represent violence.
But consider the recent attack on a 15-year-old girl in California's Bay Area (which I describe here in haiku in honor of a friend's new "Haiku Friday" kick):

After the school dance
For two and a half hours
They watched her gang raped.

The attack is an indicator that current representations of violence (beyond videos and films specifically labeled "violent") are not having any positive socializing effects. Indeed, they seem to run counter to the above-mentioned goal of the Children's Convention, and perhaps thus deny children their right to be raised and live in a manner that meets that goal.
by Naomi Norberg at 7:00 AM