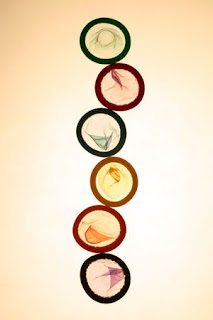 'Women are on the front lines of many societies buffeted by climate change -- and research indicates they tend to be more vulnerable to these impacts.'

So said Robert Engelman, author of a report by the U.N. Population Fund, quoted in a CNN article. Entitled The State of World Population 2009, the report was released yesterday as part of the runup to COP15, the U.N. Climate Change Conference due to be held in Copenhagen, Denmark, from December 7 to 18.
The report focused on climate change and women; in particular, older women less able to leave communities suffering from drought and other ill effects.
As reported by the Associated Press, the Population Fund
did not recommend limiting the number of children a woman should bear, yet said:

'Women with access to reproductive health services ... have lower fertility rates that contribute to slower growth in greenhouse gas emissions.'

That reference to contraception (photo credit) drew the ire of Caroline Boin (below right), a Conservative critic and property rights advocate at the London-based International Policy Network, who told CNN: 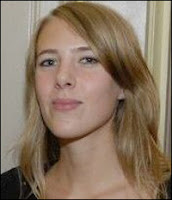 'Whatever the problem, UNFPA repeats the same old mantra -- the culprit is population and the solution is condoms. Food scarcity, water shortages, and health problems in poor countries truly are threats for women. Population and climate control policies are not the solution, and if anything, will give governments an excuse to remain complacent in addressing poverty.'

Diane,
I was an adviser to the UNFPA's report you write about and I don't think she gives enough credit to Bob's experience in this area or his and many others' sensitivity to all of the issues raised. It's about the integration of all of the issues she mentions but certainly access to reproductive health care is a part.