Fewer than 3 weeks away from the 20th anniversary of the adoption of the Convention on the Rights of the Child comes this news: 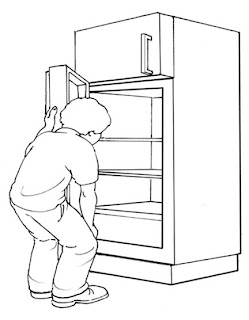 Between the ages of 1 to 20 years, nearly half (49.2%) of all American children will, at some point, reside in a household that receives food stamps. Households in need of the program use it for relatively short periods but are also likely to return to the program at several points during the childhood years. Race, parental education, and head of household's marital status exert a strong influence on the proportion of children residing in a food stamp household.

So states the abstract for Estimating the Risk of Food Stamp Use and Impoverishment During Childhood, an article by Drs. Mark R. Rank & Thomas A. Hirschl just published in the periodicial Archives of Pediatrics & Adolescent Medicine.
The Children's Convention obligates states parties to "recognize the right of the child to the enjoyment of the highest attainable standard of health"; to "pursue full implementation of this right" they must "take appropriate measures" for "the provision of adequate nutritious foods," Art. 24.
Even in the United States -- 1 of very few countries not to have ratified this Convention -- news that food is not always plentiful disturbs. (image credit) Rank said of his own research:

'Food stamp use is a clear sign of poverty and food insecurity, two of the most detrimental economic conditions affecting a child's health.'

Not everyone, however, is disturbed.
A spokesman for the Heritage Foundation told USA Today he found no cause for worry in findings of occasional resort to food stamps:

'That's effectively like saying that at some point in a 20-year period, a parent would be unemployed for a month or so. ... There's no evidence that even consistent poverty in the U.S. produces a nutritional risk.'

He'd no recorded comment on the finding that 9 out of 10 black children will grow up in families needing food stamps, a proportion nearly 3 times greater than that for white children.
by Diane Marie Amann at 6:01 AM