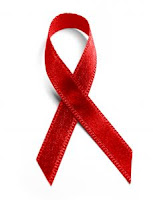 On Wednesday, UNAIDS and the World Health Organization released a report on the AIDS epidemic. Much of the news is grim: in 2008, over 33 million people worldwide were living with HIV, nearly 3 million people were newly infected with HIV, and an estimated 2 million people died of AIDS, including nearly 300,000 children under the age of 15. While these numbers are of great concern, they represent a continuing decline in new HIV infections and HIV-related mortality. New HIV infections were 30% lower than at the epidemic's peak in 1996, and HIV-related deaths were 10% lower than at their peak in 2004. The number of children newly infected with HIV has dropped by nearly 20% since 2001, in part due to the significant increase in services to prevent mother-to-child HIV transmission (from 10% in 2004 to 45% in 2008).
The continued spread of HIV has a significant gender dimension, which UNAIDS aims to address through two of its central goals for 2009 to 2011. First, UNAIDS seeks to prevent mothers from dying and babies from becoming infected with HIV. Its suggested strategies include the reduction of unwanted pregnancies among HIV-positive women, the provision of antiretroviral drugs (which can decrease the risk of mother-to-child transmission from 30-35% to 1-2%) during pregnancy and delivery as well as appropriate treatment, care, and support for mothers living with HIV.
UNAIDS also sees stopping violence against women and girls as a crucial component of ending the AIDS epidemic. This focus is particularly crucial in sub-Saharan Africa, where women account for approximately 60% of estimated HIV infections, "not only [because of] their greater physiological susceptibility to heterosexual transmission, but also to the severe social, legal and economic disadvantages they often confront." The report highlights a study from Lesotho finding that sexual and physical violence against women are key components of that country's AIDS epidemic. Unsurprisingly, the risk of contracting HIV is even higher for marginalized groups, including girls and young women and female sex workers, and in the United States, African-American women, who are more than 19 times more likely to contract HIV than Caucasian women. The social stigma that attaches to women who contract HIV may in turn lead to greater marginalization including divorce at a time when they may be in dire need of financial and emotional support. Here's hoping that the holistic approach prescribed by UNAIDS is pursued with vigor by those committed to ending the spread of HIV/AIDS.