Lions and Tigers and Tweets...Oh, my!

You're right. It's a jungle out there. Blogs. Twitter. Facebook. What's an IntLawGrrl (or a loyal reader) to do? (We've joined them all, as announced in our post above.)
Here's a brief explanation and mini-tutorial for those who find themselves lost in the big bad world of Web 2.0. 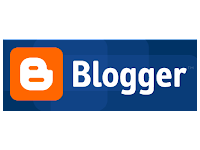 Blogger
You know what blogger is. You're here! But do you want a blog for yourself? All you need is a Google account and you can start your own blog, linking to other fabulous ones -- like IntLawGrrls, of course. Blogging is a great way to make your voice heard, and to connect with others interested in similar topics! If you're having trouble, take a look at this video tutorial.

Facebook
Facebook is the essence of "social networking." When you become a Facebook user, you get a profile. (You can see ours by clicking here or on the Facebook badge in the righthand column.) This profile is your chance to describe yourself publicly. You can write about your professional affiliations and personal interests, as well as post pictures and videos. You can also post up-to-the-minute "status messages," a way to share what's on your mind with your network. Each profile has a "wall," where your status messages and updates appear. Once you have friends, they can leave public messages for you here. They can also send you private messages via your profile's message center.
To build a Facebook network, you can search for friends, family, and colleagues who are also "on Facebook." You can search by names, organizations, or e-mails. You ask them to be your friends, they accept, and your network has begun!
Facebook also allows you to join "Groups," which are networks of other users with similar interests (e.g. international law or law professors). If you have a business or other organization, you can set up a "Page" -- like a Facebook storefront -- for your organization. This is different than a personal profile; you become the "administrator" of your Page.
Security is a major concern for many new Facebook users. It's simple to change your settings and there is enormous flexibility. You can create groups of friends who can only see certain portions of your page (e.g., students or colleagues can only see the "info" section of your profile, while personal friends can see everything, like pictures and videos). It's quite handy.
And you can make yourself invisible outside the Facebook network, so your profile won't come up in a Google search.
If you need help building your Facebook profile, the Help Center page is quite useful.

Twitter
Last but not least, there's Twitter. Twitter is built on the same social networking principles as Facebook, but in short form. Think of Facebook as being built for computers, while Twitter is built for mobile phones.
So, on Twitter, you also have an abbreviated profile, and you can put up a photo and links to your other websites. (You can see IntLawGrrls' very pink page on Twitter by clicking here or on the Twitterbird badge in the righthand column.)
Instead of posting a status message, you "Tweet" -- that is, you post a 140-character-or-less update to everyone on Twitter. You can protect your tweets so that only users in your network can see them.
You build your network by asking to "follow" other users on Twitter. When you follow someone, you'll receive her Tweets and know immediately what she's up to!
Twitter tends to have many more organizations and news sources Tweet-ing, so it can be a great way to get your news on your phone or computer without having to browse various sites. For more Twitter help, see the FAQ.
That wasn't so overwhelming, was it?
Once you set up your blog, Facebook & Twitter accounts, it's easy to link all three. For example, you can easily send your blog posts directly to your Facebook and Twitter accounts. You can also forward your Twitter to your Facebook, so every time you Tweet your status update changes, too. And, you can link your mobile phone to all three: you can write text-message blog posts, tweets, and status updates.
We may not be in Kansas anymore, but the world of social networking can be just as simple. 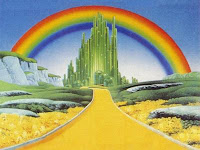