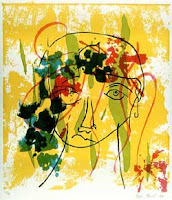 On this day in ...
... 1989 (20 years ago today), at the 25th session of its General Conference, UNESCO adopted the Seville Statement on Violence. (credit for image from 2003 UNESCO conference discussing Statement)Produced by a global consortium of scientists meeting in 1986 in Spain, the Statement refuted "a number of alleged biological findings that have been used, even by some in our disciplines, to justify violence and war." After declaration 5 such so-called findings "scientifically incorrect," the Statement concluded "that biology does not condemn humanity to war, and that humanity can be freed from the bondage of biological pessimism," and ended with these words:

Just as 'wars begin in the minds of men', peace also begins in our minds. The same species who invented war is capable of inventing peace. The responsibility lies with each of us.