Foreigners working as housemaids in Bahrain continue to face a Catch-22, as I've described in my recent article, Policing Housemaids: The Criminalization of Domestic Workers in Bahrain.
Using ethnographic and interview methodologies, I explored cultural perceptions of work and family which factor into how Bahraini labor law fails to include housemaids in its provisions. I also observed how the police by default end up regulating labor, thereby contributing to a criminalization effect. In essence, the absence of labor protections created a decentering and diffusing of legal forms and practices across agencies. In this case, what should be handled by the Ministry of Labor in reality becomes the responsibility of the national police force (logo above left).
By way of background:
Unlike other guest workers, housemaids -- and ‘houseboys ’ , who exist, but are far fewer in number -- are not protected under Bahraini labor law. Article 2 of The Labor Law for the Private Sector (Ministry of Labour and Social Affairs 1976) lists ‘domestic servants and persons regarded as such ’ as exceptions to protections afforded other foreign workers. By default, domestic servants are treated as part of the family for which they work; however, their cases are never processed in the shari’ah courts, where all other family-related matters are litigated.
Because there is no oversight over work conditions, the housemaids serve at the whim of their employers, who also act as their immigration sponsors. Although there are many sponsors who treat their housemaids with respect and care, numerous incidents have been documented in recent years of exploitation and abuse, ranging from physical punishments for allegedly doing the job poorly, to sexual abuse and rape by male members of households.
At the same time, many problematic housemaid-sponsor relationships do not rise to the level of abuse or exploitation, but rather reflect more mundane workplace employee-employer conflicts.
Regardless of the seriousness of the problem, the women’s section of the police station is the 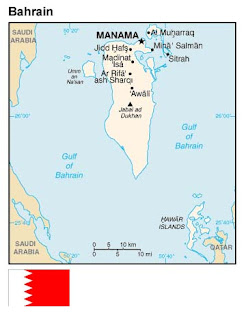 default government forum for sponsors’ passionate re-telling of how they have been wronged by their housemaids and the housemaids’ subsequent emotional rebuttal, laced with their fear of a criminal justice system they may not necessarily understand. Disputes quickly rise to the level of a criminal investigation as accusations of theft, assault and other criminal behavior on the part of the housemaid are alleged to the police.
My work on housemaids occurred as part of my research into gender policies in Bahraini policing during which I observed the female section of Bahrain’s police stations for several months during the years 2005 and 2006. Housemaids or former housemaids formed the majority of female defendants whom I observed at local police stations.