A strategy of gender fundamentalism in Afghanistan?

(It's our great pleasure to welcome IntLawGrrls alumna Penelope Andrews, who contributes this guest post on a critical issue also addressed in today's post just below it) 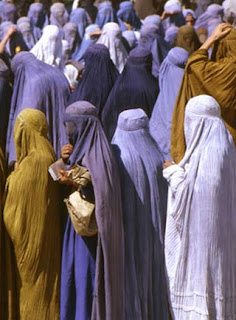 As President Barack Obama prepares to give a speech this Tuesday on his administration's strategy going forward in Afghanistan, it's time to ask what role the cause of women in Afghanistan should play in reaching this decision. It's not evident that any of President Obama's advisors are giving any weight to the cause of women as a relevant factor in determining future strategy in Afghanistan.
Eight years is a long time for the prosecution of a major international war. It is therefore appropriate to ask:
What has been achieved in the cause for women and their status in Afghanistan's life?
Undeniably, there have been a few notable gains, such as the increasing number of girls who now attend school, and the presence of some female parliamentarians. But for the most part the fundamental gains required for Afghan women to achieve full citizenship have not transpired. Women continue to remain hostage to President Hamid Karzai’s equivocation and compromises -- as well as to the authoritarian traditions of warlords who support, and are supported by, President Karzai.
Afghan women are caught up in violence from all sides:
► from U.S. and NATO forces who drop bombs on them or raid their homes and detain indefinitely family members;
► to an unrelenting reign of terror from the Taliban groups who persist in their strategy of denying women basic rights and who act to undo the few gains and rights that Afghan women have in the interim obtained or may gain;
► to violence committed by warlords inflicting harsh punishments on women and seeking to confine them to traditional roles.
When it comes to women, the war has been another disaster, and has obscured both the continuing denial of their civil and political rights and the deleterious impact of that denial. Women's hopes, raised during the early days of the invasion, have turned into a poignant despair. With the warlords and the Taliban controlling about ninety percent of Afghanistan, it's not surprising to hear, as one notable Afghan women activist put it, that the invasion has led to “no positive change” regarding the situation of women. (credit for Office of U.N. High Commissioner of Refugees photo of Afghan women)
Given these conditions, a key issue is to provide for the basic rights of women. Given past experience, there is no reason to believe that sending more troops will secure this goal. Can this aim be achieved through negotiations and reduction of violence? That is where the focus should be, not on adding more troops to wage war. Moreover, securing the rights of women is probably the best way to aid Afghanistan's indigenous democracy.
To be sure, the Taliban in the past has been chronically against women's rights, but could the United Nations broker an agreement whereby the war would be ended in exchange for a guarantee by the Taliban and the Karzai government to respect and promote women's rights?What exactly would this entail? First, the international community, through the United Nations, should adopt a policy akin to a zero tolerance approach to the pursuit of gender equality and the eradication of violence against women, a gender fundamentalism if you will. This means that women’s equality, along with the campaign to provide democracy, would be the raison d’être for international engagement.
This must be the commitment of the international community. The role and status of women would become an important measure of the achievement of democracy in Afghanistan, perhaps a harbinger of democracy.
(A longer version of this post appears at this month's issue of Asian Currents, the e-bulletin of the Asian Studies Association of Australia, the country where Penny's taken up a Chair in Law at La Trobe University)
by Penelope Andrews at 6:01 AM