The U.S. & the ICC: A Rapprochement

The Washington Post reported yesterday that the U.S. will attend the upcoming Assembly of State Parties meetings in The Hague as well as the first Review Conference scheduled for June 2010 in Kampala. In the article, Ambassador-at Large for War Crimes Steven Rapp (right) made clear that although the U.S. was re-engaging with the ICC, it would not join the Court any time soon.
The agenda (annotated) for the November meetings includes most importantly the outstanding crime of aggression.
In addition, there will be general stock-taking and reporting, votes on judicial 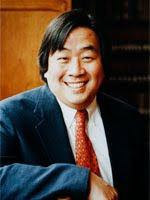 and trust fund board of directors vacancies, and discussions about the new premises, the budget and an audit.
The credit for this important development no doubt goes to:
► Harold Hongju Koh (bottom right), Legal Advisor to the State Department, whose confirmation hearing we covered extensively; 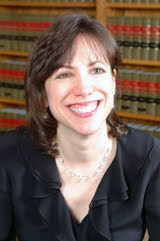 ► Steven Rapp (top right), whose nomination we cheered; and
► IntLawGrrls alumna Diane Orentlicher (left), Deputy Ambassador for War Crimes whom we've profiled.
Kudos to all!
by Beth Van Schaack at 6:09 AM