The Copenhagen Accord: Deal but No Deal

After two years of preparation and two weeks of intense negotiations at the COP 15 in Copenhagen, there is no internationally legally binding deal on climate change. This is not exactly a surprise. Countries, particularly the United States, China and Denmark, were careful to set clear expectations that there would be no such deal in the weeks leading up to the COP. It is, however, disappointing, particularly given the urgency facing those who are already feeling the impacts of global warming.
There is the Copenhagen Accord – a summary of political commitments developed and agreed to in the final hours by the ministerial-level leaders of five nations: Brazil, China, India, South Africa and the United States. The text of the Copenhagen Accord recognizes climate change as “one of the greatest challenges of our time,” and notes the political will to take action immediately to keep the global increase in warming below 2 degrees. It specifies targets and deadlines for Annex I and Non-Annex I countries, and commits developed countries to providing $30 billion in funding over the next two years. It also highlights, albeit in vague language, the need to monitor and verify emission reductions – a sensitive point of negotiation between the United States and China.
The Accord is the result of the efforts of a handful of nations. As high-level ministers arrived last Wednesday and Thursday, they began negotiating in an attempt to reach a deal of some kind. Their efforts were heralded by U.N. Assistant Secretary Robert Orr as “the most genuine negotiation I’ve ever seen between leaders.” Yet in their understandable haste, a select few nations engaged in a process that left most countries out, usurping the traditional negotiation process used by diplomats and civil servants. As a consequence, some of those latter countries sought to block the Copenhagen Accord’s formal acceptance.
But the Copenhagen Accord is an outcome – it is something.
U.N. Secretary General Ban Ki-moon said “finally, we sealed the deal,” while also noting the need to translate the Accord into international law next year. President Obama has called for continued confidence-building before a legally binding deal can be reached. Translation: more meetings. Indeed, although the Copenhagen Accord is deemed “operational immediately,” it will require continued multilateral discussions and cooperation for it to take full effect.
But can we afford to continue COP talks?
The cost alone is staggering. Denmark spent an estimated $350 million on hosting the conference, which allegedly racked up a 41,000-ton carbon footprint. The process is also flawed. It is a time-sink – resulting in a two-year lead-up to a two-week meeting that reached a “deal” in the last two days. Tuvalu’s upset during the first week and the temporary withdrawal by several African nations in the second week were symptomatic of a process in which power triumphs over interests. Simply put, there is a deficit of trust. No country wants to make the first move if it means vulnerability. This is why deals are made in side-negotiations where smaller groups of parties find the assurances they need to “get real.” The lesson of COP 15 – the Accord is the result of such a meeting.
Another lesson worth keeping in mind for next year's climate change summit in Mexico City is this: 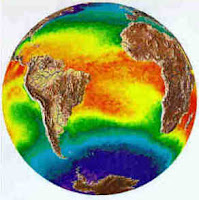 Climate change is a global challenge of unprecedented scale, complexity and severity, and as such it demands considering a new kind of process for reaching global solutions. The same old multilateral treaty negotiation process that worked so well in the case of the 1987 Montreal Protocol is not sufficient. Among other things, on the issue of climate change there simply is not enough time.