A number of human rights treaties have been adopted by the international community to further develop and expand on the rights enumerated in the Universal Declaration of Human Rights. Some deal with substantive rights and some focus on the rights of specific groups. One of the treaties addressing the rights of a specific group is the Convention on the Rights of the Child (CRC), which was finalized in 1989 following a 10 year drafting process. It entered into force in 1990 – the fastest treaty to enter into force after being opened for signature. Now every country in the world is party to that treaty except the United States and Somalia, though the latter country recently indicated its intention to ratify it.
The United States has ratified some human rights treaties, such as the International Covenant on Civil and Political Rights (ICCPR), the Convention Against Torture (CAT), and the Convention on the Elimination of all Forms of Racial Discrimination (CERD). It is even party to the Optional Protocol to the CRC on Child Soldiers. That treaty prohibits parties from having soldiers under the age of 18 in their armed forces and also limits recruitment of child soldiers. The Optional Protocol has recently been used to support the cities of Arcata and Eureka, California in a court challenge by the U.S. Department of Defense to their ordinances forbidding military recruiters from going into the schools to recruit boys and girls under 18 years of age.
The CRC itself would specifically provide rights to persons under 18 years of age in the United States, just as the Optional Protocol does. While children in the United States have national laws protecting them, some of the protections are broader and more specific under the CRC. Following are some examples:
- The anti-discrimination language provides for protection of all rights in the treaty “without discrimination of any kind, irrespective of the child’s or his or her parents’s or legal guardian’s race, colour, sex, language, religion, political or other opinion, national, ethnic or socia 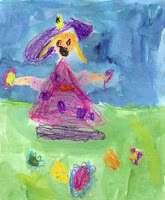 Perhaps the biggest source of additional protections for children comes in the area of juvenile justice. Article 37 provides for protection from torture or other cruel, inhuman or degrading treatment or punishment – a broader standard than the prohibition of cruel and unusual punishment in the 8th Amendment to the U.S. Constitution.
Article 37 also prohibits the use of the death penalty and life without parole sentences for persons who were under 18 years of age at the time of the commission of the crime. The United States wa 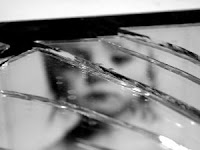 s one of the few nations that allowed the death penalty for juvenile offenders until 2005, when the U.S. Supreme Court held that the penalty was a disproportionate punishment under the 8th Amendment. In doing so, it referred to the international treaties prohibiting it, including the CRC.
While 10 countries continue to allow for juvenile life without parole under their national law, the United States is the only country that is known to have juvenile offenders serving such a sentence. Approximately 2500 persons are known to be serving that sentence in the United States. The U.S. Supreme Court recently heard the case of two such persons serving that sentence in Florida for non-homicide crimes. (IntLawGrrls have blogged on the case and the issue previously here.) There are approximately 107 persons serving that sentence for non-homicide crimes. Again, the international standards and practice have been cited to the court in a challenge to the constitutionality of such sentences.
Other juvenile justice rights in the CRC include:
- Detention or imprisonment should only be of last resort.
- Detained children should be treated with dignity.
- Detained children should be allowed to maintain contact with their families.
- Children who have been charged with a crime should be provided with legal counsel.
- The penal law should take into account the child’s age and the desirability of promoting the child’s reintegration and the child’s assuming a constructive role in society.
- The child should be presumed innocent until proven guilty, cannot be forced to give testimony or confess guilt, should be provided with an interpreter.
- The child should be separated from adults when detained or imprisoned.

Labels: CdV, Convention on the Rights of the Child, Juvenile Sentences, Universal Declaration of Human Rights