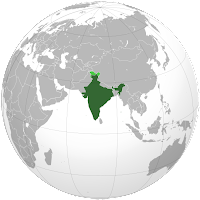 Many thanks to IntLawGrrls for inviting me to say a few words about my forthcoming article, Rising Multinationals: Law and the Evolution of Outbound Acquisitions by Indian Companies, in this guest post. I am working on this piece in connection with my participation in the U.C. Davis Law Review’s 2010 Symposium, entitled “The Asian Century?” As many of you know, in the past decade India has become one the fastest growing economies in the world. During this period, not only have Indian companies achieved significant domestic growth, but they also have launched multimillion and multibillion dollar deals to acquire companies around the globe. What often comes as a surprise is that many of the acquisition targets are companies in developed economies, in particular the United States and the United Kingdom. Just last year, Tata Motors, part of the giant Indian conglomerate The Tata Group, bought Jaguar and Land Rover from Ford in a $2.3 billion deal that received world-wide recognition. This acquisition is one of the many ou

by Afra Afsharipour at 6:06 AM

I think it is an interesting angle to look at, as I think it will indeed be very profitable for Indian companies to acquire new assets in developed countries, as they can be assured of definite protection in terms of their claims and rights, whereas there exist significant risks in investing domestically.

I would also recommend the series called Knowledge@Wharton, which presents very good insight to issues relating to the Indian market @ http://knowledge.wharton.upenn.edu/india/index.cfm

Look forward to reading your work.