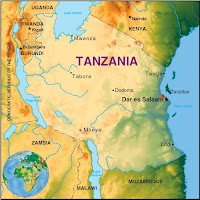 On this day in ...
... 1961, the colonizing power, Britain, granted full independence to Tanganyika. Three years later the new country would merge with its island neighbor to the east, Zanzibar, to become the United Republic of Tanzania.
... 1966, Kirsten Gillibrand was born in Albany, New York. Following several years as a member of Congress, she became the junior Democratic Senator from New York on January 26 of this year, having been appointed by the state's governor to replace the incumbent, Hillary Clinton, who resigned to become Secretary of State.

(Prior December 9 posts are here and here.)
by Diane Marie Amann at 4:14 AM