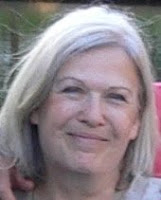 It's IntLawGrrls great pleasure to introduce Dr. Noemi Gal-Or (left) as today's guest blogger. Below, she contributes a thought-provoking post about how the UN Trusteeship system could be put to work to improve governance in Haiti. Noemi is Director of the Institute for Transborder Studies (ITS) and Professor of Political Science and Law at Kwantlen Polytechnic University in British Columbia, Canada. She has published extensively in matters security and strategic studies (specifically terrorism), international law (dispute resolution in trade and investment, international humanitarian law, and human rights law), international political economy and regional integration (NAFTA, FTAA, EU), and migration. She has consulted the Solicitor General of Canada and the Government of Israel in some of these areas.
Noemi received her B.A. from Tel Aviv University, her Ph.D. from the Geneva Graduate Institute of International Studies (International Cooperation in the Suppression of Terrorism, 1982, maîtres de thèse Profs. Jean Siotis† and Lucius Caflisch), and her LL.B. from the University of British Columbia. She is member of several academic organizations including Women in International Security Studies Canada (WIIS); serves on the editorial board of the Journal of Conflict Studies and as reviewer of several academic journals including the Canadian Political Science Review; is vice-President of the Board of Directors of the International Law Association (ILA) Canadian Branch, which she represents on the ILA’s Non-State Actor, and Feminism and International Law, Committees. She represents Kwantlen Polytechnic University on the Vancouver Board of Trade where she serves as member of the Canada-United States Relations Committee.
A licensed lawyer sole practitioner in British Columbia, Noemi is an active member of the Executive of the Canadian Bar Association (CBA) National International Law Section serving as co-Chair of its Trade & Investment Committee. She is also member of ArbitralWomen. Noemi is a frequent contributor to legal professional publications including the Lawyers Weekly and CBA’s International Lawyer.