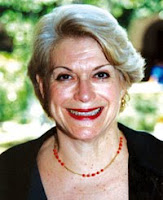 On this day in ...
... 1940 (60 years ago today), Dr. Silvia Pimentel (left) was born in Minas Gerais, Brazil. Holder of degrees in law, the psychology of education, and legal philosophy, she has been a professor since 1973 in the Faculty of Law at Pontifícia Universidade Católica in São Paulo. (photo credit) Pimentel is a founding member of numerous women's advocacy groups, among them the International Women's Rights Action Watch. She's the author of "The New Civil Statute of Women," proposed to the National Congress in 1981 and made a part of the Brazil Civil Code in 2002. Since 2005 she's served as an expert member of the CEDAW Committee, which monitors state party compliance vel non with the 1979 Convention on the Eradication of All Forms of Discrimination Against Women.
(Prior January 3 posts are here and here.)
by Diane Marie Amann at 4:00 AM