Over at the Migration Policy Institute, Laureen Laglagaron (pictured below right) has published an interesting report entitled Protection Through Integration: The Mexican Government's Efforts to Aid Migrants in the United States. Beyond the normal functions of consular officials, Mexico offers a broad institutional support structure for its citizens who reside in the United States, a group that comprises 95% of its migrant population. Through the Institute for Mexicans Abroad (IME), which provides education, financial, health, and other services, the Mexican government has established for its diaspora integration programs that are normally the province of migrant-receiving countries.
As I've posted here and here, migrant-sending states are playing an increasing role in protecting the rights of their citizens abroad, and are uniquely situated to remedy the mistreatment of undocumented and low-skilled laborers in the developed world. Laglagaron notes that th

is role will be particularly crucial through the recession, as limited evidence of return migration by Mexicans suggests a growing need for social and economic assistance. Of the nearly 12 million Mexican immigrants in the United States, approximately 7 million are undocumented, rendering them ineligible for many types of public benefits and especially vulnerable to economic hard times.
So what is it that the Mexican government is doing to improve the educational attainment, English language proficiency, health care access, and working conditions of its citizens in the United States? Working with US school districts, hospitals, universities, foundations, and community-based organizations, the IME offers services ranging from issuing matrica consular (consular identification cards) and promoting their acceptance as valid identity documents at US banks and government agencies to creating a migrant-led advisory board elected by Mexican migrants through regional elections throughout the United States and Canada to establishing, with the U.S. Department of Education and local school districts, binational teacher exchanges that mee 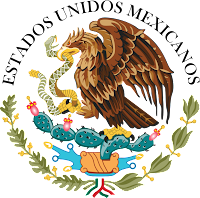 t the educational needs of its migrant children to creating, along with local nonprofit organizations, in-consulate medical stations where the undocumented can obtain basic medical information.
These are just a few of the innovative programs put forth by the IME; while funding for the institution is not as robust as one might hope, the Mexican government may see fit to allocate more resources to the IME if its integration efforts bear fruit. Moreover, successful assistance programs by the Mexican government could serve as models for other immigrant-sending countries in Latin America and beyond. Though I normally place myself squarely in the skeptics camp when it comes to state-centric visions of international law, this expanded approach to consular protection may provide a promising mechanism to fill the gaps in domestic and international human rights law protections for undocumented immigrants.
by Jaya Ramji-Nogales at 6:16 AM