Go On & Read On! Albie Sachs on The Strange Alchemy of Life & Law

On the occasion of his retirement from the South African Constitutional Court and the publication of his new book, The Strange Alchemy of Life & Law, Justice Albie Sachs (below left) will be making two appearances in the Bay Area as part of a United States tour: 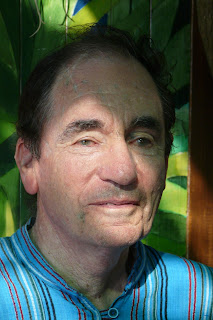 In his own words, Justice Sachs has led an “over-saturated life.” A practicing lawyer at 21, Justice Sachs defended people charged under the racist statutes and repressive security laws that helped to enforce the apartheid regime. For his work, he was subject to detention, sleep deprivation, and solitary confinement in addition to suffering other restrictions on his movements by the South African security forces. He went into exile in 1966 during which time he pursued a doctorate and taught law in England and Mozambique.
While in exile, he worked closely with Oliver Tambo (below right) (prior IntLawGrrls post), the leader of the African National Congress in exile who later became the namesake of Justice Sachs’s young son. Sachs’s work involved, among other things, drafting the organization’s Code of Conduct—the only comprehensive code of its kind by an exiled and dispersed liberation movement. The Code renounced torture and terrorism as tactics in the struggle against apartheid and otherwise e 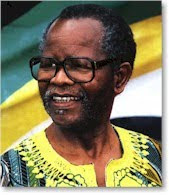 stablished the rule of law within the resistance based on the premise that to achieve justice, it was necessary to act justly. It was in Mozambique that Justice Sachs miraculously survived the assassination attempt by South African security forces that deprived him of his right arm and the sight in one eye in retaliation for his work to construct a new order in which the races could live together in dignity and equality.
Justice Sachs returned home in 1990 to help prepare the new democratic, non-racial, non-sexist Constitution of South Africa, which finally realigned law with justice in South Africa and healed Justice Sachs's divided soul as a lawyer and an outlaw. He also helped to design the extraordinary amnesty-for-truth formula that governed the truth and reconciliation process and that enabled him to eventually confront the operatives behind his attack. President Nelson Mandela appointed him to the Constitutional Court in 1994 where he

presided over an unparalleled docket. In his fifteen years on the bench, his jurisprudence has been dedicated to

Justice Sachs has just completed a new book, The Strange Alchemy of Life & Law, which I highly recommend. (His other works are available here). As the title suggests, the book is part autobiography, part a study in and of jurisprudence, and part law story. It provides a fascinating window into how one justice, on a new Court with an inspirational yet arduous mandate, approached the job of judging. It is a eulogy to the emancipatory power of the law when it is animated by human rights and human dignity. Through focused studies of several groundbreaking cases, Justice Sachs addresses the need to confront passionate life experiences with dispassionate reasoning, while at the same time ensuring that everyone impacted by the outcome—the litigants, their communities, the public—feel heard and acknowledged in the ultimate judgment so that it engaged the nation rather than divided it. He also acknowledges the need, at times, for judges to have the courage to get out ahead of the community’s understanding of the law. 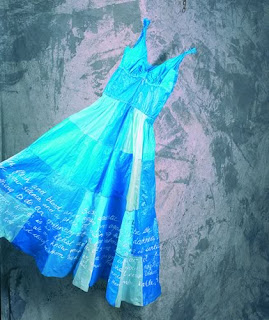 An image of a blue dress graces the book’s cover. The story behind the dress is emblematic of the unquenchable quest for dignity in the face of apartheid’s brutality. The dress is the work of Judith Mason, a South African artist. Her piece, part of a triptych entitled The Man Who Sang and the Woman Who Kept Silent that hangs in the South African Constitutional Court, honors Phila Ndwandwe and Harald Sefola, who were killed by South African security forces. Sefola was electrocuted while singing Nkosi Sikelel’ iAfrika, the now official co-national anthem of South Africa. Unbeknownst to her family, Ndwandwe was a unit commander of the armed wing of the African National Congress (Umkhonto we Sizwe or “Spear of the Nation") and the mother of a little boy. Prior to being abducted from Swaziland and assassinated in 1988, Ndwandwe was kept naked for weeks in an effort to get her to inform on her comrades. According to 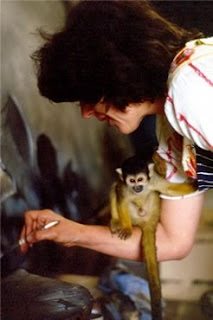 testimony by one of the police officers connected with her death, she never talked and constructed panties out of a blue plastic bag—the type ubiquitous by the sides of roads in developing countries. She was wearing the makeshift covering when her body was disinterred in 1997 on the basis of testimony given at the Truth & Reconciliation Commission. At her public funeral, her nine-year-old son received a medal for exceptional bravery on her behalf. Her story is recounted here. Mason (right) sewed an entire dress out of such bags to signify Ndwandwe’s resistance using only

silence and a piece of rubbish.

If you are in the Bay Area, I hope to see you at one of the above events. In any case, do check out the book.