Although the trial is the public setting in which a criminal case is determined and so is often the focus for media comment and academic critique, the pre-trial process is at least as important, if not more important, for a number of reasons:
► First, most people’s experience of the criminal justice process does not involve a trial, but an arrest, a stop and search, or a period of detention and questioning in police custody. 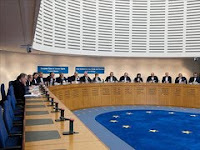 ► Second, for those cases that do go to trial, the nature of the evidence presented depends on the pre-trial process. As the European Court of Human Rights has made explicit in its jurisprudence -- applying, from the point of arrest and detention onward, the fair trial guarantees contained in Article 6 of the Convention on Human Rights -- the fairness of the trial depends on the fairness of the pre-trial. The right to custodial legal advice is of fundamental importance in this, as it is the key to equality of arms as well as being closely linked to the accused’s ability to exercise her right against self-incrimination. This has been underlined in recent case law such as Salduz v. Turkey (2008) and Panovits v. Cyprus (2008). At paragraph 55 of Salduz, the Court wrote:

The rights of the defence will in principle be irretrievably prejudiced when incriminating statements made during police interrogation without access to a lawyer are used for a conviction.

The Court added that there will need to be compelling reasons to justify such a restriction.
Doubtless, the process of judicial supervision by either a prosecutor or an examining judge will be cited as just such a compelling reason in many jurisdictions. But as IntLawGrrl guest/alumna Susan A. Bandes noted in her recent post, this overstates the role of such supervision both in theory and in practice. Prosecutorial supervision is the norm in countries such as Germany, the Netherlands. It holds sway as well in France, where, as noted in this prior IntLawGrrls post and detailed in this governmental report, President Nicolas Sarkozy is determined to abolish the more politically independent juge 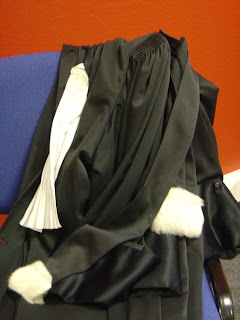 d’instruction. But whilst prosecutorial supervision may provide some basic oversight of and accountability for the police enquiry, it is no substitute for the role performed by the suspect’s own lawyer – and this latter is the effective defence assistance envisaged by the European human rights court.
► Third, pre-trial is important because it is inextricably linked to the trial. The character of the pre-trial process has a determinative influence upon the nature of the evidence presented at court and indeed, the decision whether or not a trial takes place at all. As I discussed in my chapter entitled Conceptions of the Trial in Inquisitorial and Adversarial Procedure (2006), under adversarial procedures, the parties are responsible for the collection and presentation of evidence, so we would expect defence counsel to have an active pre-trial role. Quite simply, if she does not gather the evidence for the accused’s case, nobody else will. In jurisdictions with a more inquisitorial tradition, such as France, the judge leads the enquiry both before and at trial – in theory at least. For this reason, the defence role is often less developed.
I argue in my chapter entitled The Role of the Criminal Defence Lawyer in Adversarial and Inquisitorial Procedure (2008), that a core defence function exists whatever the procedure. This has been recognized at trial, with the need for the accused to be represented, to have sight of the prosecution case, to have an opportunity to interrogate the evidence against her, and so on. But this is often too late. The effectiveness of that representation will depend on what goes before.
If the trial serves more as an affirmation of a pre-trial judicial enquiry, as in countries such as France, defence counsel must participate in the enquiry in order to be effective at trial. We cannot rely on the distant and bureaucratic oversight of a prosecutor to ensure the proper development of the defence case. Her different professional status and ideology can, as I've detailed here and here, can make this difficult. That fact was demonstrated powerfully, moreover, in the Outreau case, subject of this governmental inquiry into "the causes of dysfunction in the system of justice." Further support for this argument in favor of defence participation comes from the attempts of the European Union to establish universal procedural safeguards for suspects, discussed here. Unfortunately, these attempts have been resisted by countries who currently deny suspects access to legal advice during the police interrogation of the suspect.

by Jacqueline Hodgson at 5:05 AM