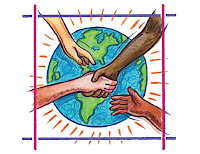 Even as the crisis in falls away from the front pages of our newspapers, the critical work of rebuilding has begun. This phase of the crisis does not have the high drama of watching someone being pulled out of the rubble alive after several days; it does not tug at the heartstrings as does the image of a dead little girl lying underneath a heap of rocks. But make no mistake: This is the moment when 's future is being rewritten. The decisions being made today--many of which are not being made by Haitians themselves--will set the stage for 's development well into the next century. My biggest fear is that as media and popular interest dies down, 's redevelopment will be left in the hands of "the experts" who will proceed with business as usual.

I say this not to disparage experts in development; after many years focused on trade and development myself, I would have to admit I belong in that camp. Rather, I fear that if 's redevelopment is left exclusively to donors, economists, lawyers, grant writers, consultants and other technocrats, we will construct a new that serves our own interests rather than the interests of the Haitian people. There is much in the field of development that needs to be changed. Too often, countries provide aid with so many strings attached that much of the money finds its way back to the donor country in the form of consultant fees or requirements that goods and services be sourced from the donor country. Money that would otherwise boost the economy of the beneficiary country evaporates into thin air only to reappear in Northern bank accounts. Donor countries then tout their "successes." This must change.

In recent days, the "nitty-gritty" of development politics has been the subject of some high level discu 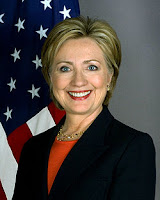 ssion. Both Ambassador and Mr. Clinton have spoken on the need to revamp aid agencies and funding mechanisms. It would be a good start. In addition, I think we need to reconsider the very projects we fund. One key requirement for a project should be its sustainability. In short, every project funded in (and elsewhere in the developing world) ought to have as its fundamental objective the obligation to train Haitians to take over once the foreign consultants have gone. If the goal is to train locals, then the very design of the project itself would have to change. The projects would have to be fully funded, multi-year measures; short term projects that merely contemplate flying in consultants to do the work should be disfavored. We need to identify talented Haitians and commit to training them over the course of a few years. There are so many Haitians just waiting for the opportunity to make a worthy contribution to their country. Our aid projects should be designed to allow them just such an opportunity.
Note: I am speaking on the Haitian crisis at a forum hosted by California State University Sacramento today at 11 am. Please join us online if you can at http://tinyurl.com/yzdy358. Use real name as the Login name and leave the password field blank. Online participants are asked to test their computers by going to www.elluminate.com/support and are asked to login between 10:30am and 11am on February 22, 2010.