My most recent area of research is the global criminal phenomenon of kidnapping as it relates to an increased presentation of asylum claims in the United States, Canada, Belgium, France, United Kingdom and New Zealand.
This most striking aspect of this problem is that the private market is both part of its origin and part of its solution.

Inequitable enjoyment of socio-economic resources and the exclusion from participation in formal markets prompt marginalized individuals to pursue the criminal market of kidnapping, in which the human body becomes the ultimate commodity. In turn, corrupt and ineffective judicial bodies and police leave family members little choice but to employ private security and insurance companies. This creates a growth industry based on safe return of victims.
At the international level, there has been increased attention, not only from the UN Economic and Social Council, but also from UN Secretary-General Ban Ki-moon (above right), who declared in 2009:

Kidnapping is an inhumane and unjustifiable crime, as well as a gross violation of international human rights and humanitarian law.

Among the related human rights at stake, one may cite:
► guarantees of liberty, physical integrity and security, and the prohibition of arbitrary detention, as detailed in Article 9 of the International Covenant on Civil and Political Rights;
► the right to life, as in Article 6 of the ICCPR;
► the prohibition against torture, in Article 7;
the ban on interference with family, Article 17; and

► protection against sexual violence, established in, for example, the November 16, 2009, judgment (available in Spanish) by the Inter-American Court of Human Rights in Gonzalez et. al. v. Mexico.
Indeed, the most relevant case law has emerged at the regional level, where the focus is on state responsibility for investigating and punishing kidnappers.
The Inter-American Court thus issued 2 notable provisional orders, in:
► In the Matter of the Communities of Jiguamiandó and Curbaradó, a case involving the kidnapping and murder of a manm allegedly via complicity by police and paramilitary; the order called for State investigation, identification of perpetrators, and punishment; and
► In the Matter of the United States of Mexico Digna Ochoa y Plácido et. al., in which the order called upon the State to protect the lives of human rights activists who had been subject to kidnapping.
Similarly, the Inter-American Commission on Human Rights has repeatedly condemned kidnapping by nonstate actors in countries including Colombia, Guatemala, El Salvador, Venezuela, and Brazil.
In like manner are decisions of the European Court of Human Rights:
► In the case of Avsar v. Turkey, the Court held Turkey to be in violation of Articles 2 (right to life) and 13 (effective remedy) of the European Convention on Human Rights, for failing to carry out adequate and effective investigation in a case involving the kidnapping and killing of a man by village guards with complicity by the state. 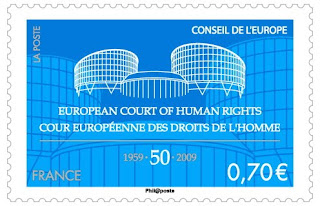 ► The Court held Russia liable for violation of the same articles in Elmurzayev and others v. Russia and Khadzhialiyev and others v. Russia, cases involving kidnappings by “unidentified armed men” and subsequent delays by the state in investigation and proceedings respecting those crimes.
In large part, the international community’s response to the global threat of kidnapping is reflected in the innovative institutional trend towards horizontal and vertical cooperation across the public-private divide. Initiatives to combat the spread of kidnapping include assistance in border control, intelligence-sharing, police training, and management (seeking transparency, accountability, and professionalization), telecommunication interception, assistance in legislative amendments, extradition, and overview of financial transactions.
Furthermore, there are increased calls for strengthening citizen and community participation in the implementation of security plans. The European Council issued Recommendation 2007/562/EC of 12 June 2007, which requires states to share information in all terrorist kidnappings. Similarly, the need for international cooperation to address crime (including kidnapping) has been promoted by the Organization of American States Permanent Council’s Special Committee on Transnational Organized Crime and the Ministers Responsible for Public Security.
It is important to note issues of continuing concern:
► We still await the establishment of implementation mechanisms for the UN Convention Against Transnational Organized Crime; and
► None of these initiatives highlights the importance of asylum, for victims and their families, as an element of holistic protection.
by Cecilia Marcela Bailliet at 5:05 AM