The Values of the Veil 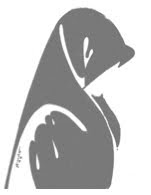 On Jan 26th 2010, the widely anticipated Parliamentary Commission Report on the wearing of the voile intégral (face veil) in France was published. The 200 page report includes recommendations for legislative and policy initiatives to deter and limit the practice, which is described as a challenge to the French Republic and to republican values. Against those who question France’s preoccupation with the veil, the Report argues that the veil represents more than a piece of cloth; it reflects a system of values, a set of social and family constraints that weigh on the Muslim woman.
Debates on the wearing of the veil in France have coincided with a consultation on national identity, ‘Le grand débat sur l’identité nationale,’ which the Minister for Immigration, Eric Besson, has said will seek to redefine familiar concepts of citizenship and national belonging. Pre-empting the presentation of the Commission’s Report to Parliament, a leading figure in the governing UMP party, Jean Cope, presented proposals for a sweeping prohibition on the wearing of the face-veil in all public spaces. The Commission’s Report, however, recommends a limited prohibition, restricting the wearing of the face-veil in public services. This recommendation was met with a heated response from Parliament, with some representatives rejecting what they referred to as a ‘demi-loi’ (half-law). By restricting the scope of the proposed prohibition, the Commission hopes that the requirements of proportionality, key to ECHR protections on religious freedom and freedom of expression, will be met. The concern with proportionality, and effectiveness, is evident also in the discussion on enforcement. Rather than proposing the imposition of fines or other penalties for non-compliance, the Report proposes that wearing the face-veil will lead to a refusal

of public services, though how this will be enforced in public transportation, for example, is unclear.
What is clear from the Report is that the possibility of a Muslim woman choosing to veil was problematic for the Commission. The Report briefly acknowledges that a multiplicity of motivations may lie behind the wearing of the veil, and that a diverse range of reasons were presented to explain the practice. Ultimately however, this plurality is erased, the wearing of the face-veil, the Report notes, represents: ‘une servitude volontaire, libertes alienées et situations de contraintes.’ Evident also in the Report is a questioning of the normativity of Muslim families. Like Antigone, the veiled Muslim woman represents a non-normative family and a set of kinship relations that do not conform to dominant cultural norms.
The continuing reach of colonial preoccupations is evident in the Commission’s report. In his foreword, the Rapporteur, Eric Raoult recounts a meeting in Damascus with ‘Farah’, a young (of course) veiled woman from Marseille. He concludes his ‘living testimony’ with an emotional appeal: it is ‘pour les yeux de Farah’ (for the eyes of Farah), that he and his fellow Commission members have worked, ‘Farah de Damas, du Koweit ou du Golfe, mais avant tout, Farah de Marseille!’ Not only is this a living testimony, it is a veritable call to arms.
The Report reflects a deep rooted suspicion of multiculturalism, including rights claims asserted by Muslim women to support the practice of veiling. Radical and fundamentalist religious groups stand accused of instrumentalising human rights norms to support their communitarian (non Republican) goals. The appeal to the House of Lords in the 2005 Begum case in the UK, is given as an example of one such communitarian challenge. This criticism falls within France’s broader contestation of minority rights claims, long a feature of its engagement with UN human rights bodies.
Less controversy has surrounded the Report’s proposals on immigration and citizenship laws, reflecting the seeming inevitability and greater legitimacy of coercive measures in this field. The Commission recommends changes to legislation governing immigration and asylum, to explicitly include equality between women and men, and secularism, amongst the values that applicants for family reunification or long-term residence should be familiar with. Drawing on the formula of the Conseil d’État, in its 2008 Silmi decision on naturalisation, the Commission recommends refus

al of a residence permit for anyone manifesting a ‘radical religious practice’, incompatible with republican values, including in particular, gender equality. Such a refusal would be justified on grounds of the applicant’s failure to integrate. On citizenship laws, the Commission recommends amending the Civil Code to explicitly provide that a radical religious practice would be considered a failure of assimilation. These proposals build on existing trends in immigration and citizenship law in France, and at the EU level, where recent years have witnessed an expansion in integration testing.
The expansion of integration testing seeks to assess the newcomer’s commitment to liberal democratic ideals, including gender equality. This ‘gender turn’ in citizenship and immigration practices mark a challenging departure and raises questions as to what are the costs of such inclusion. These trends, of course, cannot be divorced from the broader politics, and bio-politics, of the post 9/11 world. With the increasingly aggressive focus on integration, Muslim women in Europe are being placed yet again at the center of the human rights versus Islamic world dialectic.

by Siobhan Mullally at 5:15 AM

Thanks and welcome, Siobhan! Your post arrives at a very interesting time.
Elisabeth Badinter was on the radio all day yesterday to plug her new book on the divisions pitting "naturalist" feminists (nursing, cotton diapers) against other feminists. Though criticized for not being willing to attack media (she's the major shareholder of Publicis, the advertising agency her father founded), Badinter reminded listeners of the obstacles to gender equality still existing (stereotypes that still see women doing 80% of housework and child rearing, retirement rules that essentially penalize women for taking maternity leave, the increasing inability of women to exercise their right to abortion in France due to cuts in services, etc.).
At the same time, there's a woman running on a far-left ticket who wears a headscarf (not face veil), claiming that she is first and foremost "laic." Generally translated as "secular," "laic" basically means being neutral: not showing your religion and not mixing religion and state. However, I doubt that if recent presidential candidate Segolene Royal wore a little gold cross around her neck, people would say she wasn't "laic" or was subjugated.
And when you consider that there are apparently only about 250 women wearing face veils in France, versus many times that many orthodox Jewish women and girls (even much younger ones than those who begin wearing the veil at age 13)wearing hats, long sleeves, long skirts and stockings even in the summer heat and humidity, one sees that the zero tolerance has nothing to do with protecting women from religious oppression or ostentation.