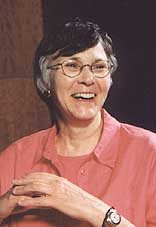 While we're on the subject of women in high places, the United Nations Secretary General, Ban Ki-Moon, recently named Brenda Hollis as Chief Prosecutor for the Special Court for Sierra Leone (SCSL). Hollis takes over from Stephen Rapp, who is serving as Ambassador-At-Large for War Crimes in the Obama Administration. Hollis had served as a principal trial attorney in the Office of the Prosecutor in the SCSL, where she heads up the legal team prosecuting ex-Liberian President Charles Taylor, under indictment for war crimes and crimes against humanity as we've discussed here and here. Prior to that, she was a legal consultant on international law and criminal procedure, training judges, prosecutors and investigators at courts and international tribunals in Indonesia, Iraq and Cambodia. She was also senior trial attorney at the International Criminal Tribunal for Yugoslavia (ICTY) from 1994-2001, serving as lead counsel in preparing the case against former Serbian president Slobodan Milosevic. (More on Hollis's background is available here).

Go get them Brenda!!!