(My thanks to IntLawGrrls for the opportunity to contribute this guest post regarding my research and the Interest Group on Cultural Heritage & the Arts, which I'm helping to launch at the American Society of International Law Annual Meeting this week, about which IntLawGrrls already have posted here and here) 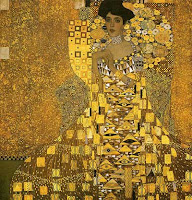 Most people don’t realize that one core component of the Nazis’ Final Solution was to steal Jews’ art collections and eliminate from the Reich modern art, which they deemed a degenerate influence on Germanic culture. The Nazis stole more art than any regime in history – even more than Napoleon. It is widely accepted that over 100,000 significant art objects stolen in the Holocaust era remain unaccounted for. Some were destroyed, but the prewar-art market is infected with Nazi-looted art.
The Western world tried to reach some agreement on how to deal with the issue in 1998, when forty-four nations signed onto the Washington Conference Principles on Nazi-Confiscated Art. These Principles called for:
► increased research on provenance, or ownership history;
► creation of alternative dispute mechanisms; and
► reaching of “just and fair” solutions.
The Principles recognized that what is “just and fair” may differ from case to case. National laws differ significantly in terms of whether a modern claimant to such art could successfully sue. Historically, U.S. law has been regarded as the most favorable toward claimants. The landmark Supreme Court judgment in Republic of Austria v. Altmann (2004) favored the claimant and resulted in the transfer of the painting above right, by Gustav Klimt, from a Vienna museum to a descendant of the woman depicted in the portrait. Since then, however, a wave of cases has significantly shifted the legal landscape in U.S. courts.
Ambassador Stuart E. Eizenstat, who had headed the U.S. delegation to the Washington Conference, was appointed to head the U.S. delegation to the June 2009 Holocaust Era Assets Conference in Prague, Czech Republic. The Assets Conference resulted in the Terezin Declaration, which reaffirmed support for the Washington Principles. But the Terezin Declaration specifically mentions “forced sales” as opposed to just “confiscated art.” What exactly is a “forced sale” is a raging debate in the art world.
A current wave of claims attempts to expand the definition of “forced sale” to include all property sold as a consequence of the Nazis’ rise to power in 1933. If courts hearing pending claims adopt such a definition, the number of art objects potentially subject to restitution could be astronomical – but is the definition right? Out of fear, U.S. museums have begun filing declaratory judgment actions raising technical defenses to defeat such claims.
The Department of State’s Special Envoy for Holocaust Issues, Ambassador J. Christian Kennedy, has hosted a series of town hall meetings since 2009 to explore the idea of creating a national commission to issue nonbinding opinions regarding claims to art displaced during the Holocaust.
My most recent article, The New Battleground of Museum Ethics and Holocaust Era Claims: Technicalities Trumping Justice or Responsible Stewardship for the Public Trust?, explores these developments. In true academic fashion, although I am in favor of a commission, I posit that national legislation would be best to deal with the problem in a binding fashion. In fact, also in true academic fashion, two of my earlier articles (here and here) propose creating an unpopular international tribunal.
To foster further exploration of these issues, Cristian DeFrancia and I recently cofounded a new American Society of International Law Interest Group on the International Law of Cultural Heritage & the Arts. Its first panel will be held this Friday, March 26, from 2:30 to 4 p.m. at the ASIL Annual Meeting at the Ritz-Carlton in Washington. The panel is entitled

"Wrestling the Dead Hand of History: Perspectives on a Proposed State Department Commission on Nazi Looted Art," and features Ambassadors Kennedy and Eizenstat, Dr. Lucille A. Roussin (left) of Cardozo School of Law, and New York-based attorney Charles A. Goldstein. I will serve as moderator.
Details on the annual meeting -- including onsite registration -- are here.
Additionally, the Interest Group is seeking 500-2,500-word submissions, on any topic in art and cultural heritage law, for its newsletter. E-mail me at krederj1@nku.edu if you wish to become involved with this new ASIL Interest Group.
by Jennifer Kreder at 5:05 AM