Dealing with Corruption in Haiti 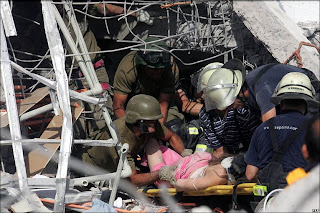 Seconds after the Chile tremors subsided, the comparisons began: Haiti suffers a category 7.0 earthquake and well over 200,000 die (President Rene Preval recently has been predicting 300,000 as the final toll ). Chile experiences a category 8.8 quake--roughly 500 times stronger than Haiti's--and the death toll hovers at less than 200. In the last few days, I have read multiple variations on this theme, and you know what surprises me? That anyone is surprised.

The very idea that a middle income country like Chile, with its strong building codes, low level of perceived corruption, and responsive government could be compared with Haiti is just ludicrous. Chile is a Latin American "dream" poised to become the first OECD member from that region, and Haiti is widely regarded as the poorest country in the Hemisphere. Is it so surprising that their experience of any catastrophe would be vastly different? (Not to mention, of course, that Haiti's earthquake centered around its densely populated capital, while Chile's hit its more remote outer region.) It seems to me the more relevant question is this: How do we help prepare Haiti for the next inevitable crisis? 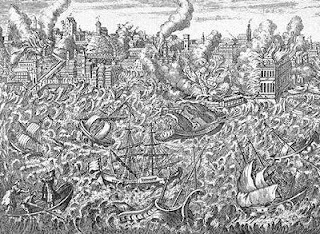 Experts credit Portugal's 1755 earthquake--which demolished the city of Lisbon, killed as many as 40,000 residents, and precipitated multiple fires and a devastating tsunami--as "the first modern disaster." Citizens demanded change in the way government prepared for and responded to natural disasters. As a result, Portugal reconstructed Lisbon with the zeal of the newly converted: a scientific inquiry into the mechanics of earthquakes was launched, strict zoning rules were passed, and Portugal became the first country in Europe to adopt building codes for seismic activity. In short, Portugal's 1755 catastrophe became the vehicle for change. Is that likely to happen to Haiti as well? Probably not.

The US Geological Survey recently predicted even more seismic activity in the region. There is no question that Haiti (and the island of Hispanola) is likely to experience further significant tremors. But rather than allowing the information to galvanize them into action, the Haitian government is engaged in more of its business-as-usual antics. The Washington Post reported President Rene Preval interrupted a high-level meeting with Admiral Mike Mullen, Chairman of the Joint Chiefs of Staff, to chide Post reporters for publishing stories of government corruption. "There is no corruption here," Preval reportedly declared. "We have a high sense of morality." Preval is either woefully uninformed or simply unwilling to tackle a serious problem that threatens Haiti's future. 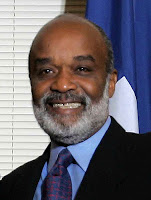 perceived corruption of the country's public sector (Chile is ranked 25). Preval might believe there is no corruption, but Haiti's international business partners would respectfully disagree. Indeed, even as Preval was adopting his "no corruption here" mantra, stories abounded of Haitian customs officials demanding humanitarian organizations pay exorbitant "taxes" on donated goods entering the country to aid the millions of displaced Haitians. It seems even in the midst of this epic crisis, the Ministry of Economy and Finance found the time to adopt a new set of procedure for getting supplies into the country: Organizations now were to sign over the goods to the Haitian Department of Civil Protection, which would review their request to get a tax exemption before releasing the goods. The rationale for this new, onerous procedure? To prevent businesses from sneaking in goods tax free under the banner of relief agencies. Ministry officials quickly denied they were taxing humanitarian goods. But for organizations who have volunteered a week or two of service to Haiti, the burdensome new procedures simply ensure the work they went to do would not get done.

There is no great mystery here. We know how to rebuild Haiti's infrastructure to avoid the kind of catastrophic outcome that occurred on January 12: Adopt strong building codes and land use planning procedures that avoid building in hazardous areas, and appoint government agents to ensure compliance. Chile (and Portugal) has shown us the way. But none of that is likely to happen until Haiti's pervasive corruption is resolved . . . or at least circumvented.

Why not appoint an authority responsible for overseeing Haiti's rebuilding effort (I admit here that I am building on a proposal offered up by another at a wonderful conference on Haiti hosted by California State University Sacramento last week)? The authority would be composed of Haitian government officials, to be sure, but also Haitian businesses and citizens, NGOs, and international donors, all of whom have an ultimate stake in the outcome. Who would demand

that Haiti establish such an authority? Certainly the Haitian people should, but Haiti's government is not susceptible to the popular will. The international community, which is bringing in millions of dollars to sustain Haiti, does have the clout to demand the creation of such an authority. We should use it.

The Haitian earthquake is a catastrophe of unfathomable proportions. It should serve as a galvanizing force for change in the way Haiti has functioned. This cannot happen without a fundamental shift in the way Haiti does business. We need change.

by Marjorie Florestal at 9:28 AM

Thanks for sharing your thoughts on Haiti. like you, I am very concerned about how change and corruption can possibly coexist. Indeed, change can sometimes open the door for further corruption as there is so much money and material available for distribution.

Haiti was in crisis before the earthquake struck. Therefore a major task will be creating seismic shifts in the way stakeholders (inside and outside of Haiti)interact and interrelate. Hopefully, steps will be taken to protect the interests of the most vulnerable before Haiti slips under the radar again.

Hello,
I do not see a 'contact us' form but our interests are quite mutual. Particularly related to this post I have recently conducted a thorough analysis of the Haitian infrastructure which I think that you would appreciate as it answers many of the questions you pose here. You can obtain more information regarding my own credentials, etc.. on my site: http://internationalobservation.blogspot.com.
Thank you in advance for you advice on how I may be in touch.

Yvonne, thank you for the excellent point. It is in fact very dangerous to inject a large amount of money in Haiti without significant oversight to ensure the needs of the people are actually addressed.

Helena, I would indeed be interested in your analysis of Haiti's infrastructure. At the risk of inciting the spam bots, I can be reached a m florestal [AT] pacific [dot] edu. Any problems? You can click on my name on the main page of this site or visit the McGeorge Law School website to find me.