(IntLawGrrls is pleased to welcome back Ruthann Robson, who contributes this guest post, cross-posted from Constitutional Law Prof Blog, regarding the U.S. Supreme Court's announcement yesterday that it will review Flores-Villar v. United States. Ruthann further contributes the Go On! post below)
The question is a narrow one:
► Does decision in Nguyen v. INS (2001) permit gender discrimination that has no biological basis? 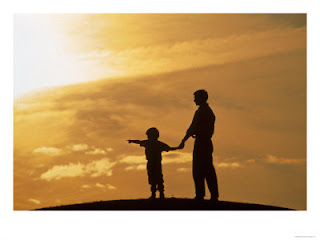 In Nguyen, the U.S. Supreme Court upheld 8 U.S.C. § 1409, which imposed different requirements for a child’s acquisition of citizenship depending upon whether the citizen parent is the mother or the father. Writing for the Court, Justice Anthony M. Kennedy found that the statutory gender-based distinction – applicable when the parents were unmarried, when only parent was a citizen, and when the child was born outside of the United States – survived a constitutional challenge based on the “equal protection guarantee embedded in the Due Process Clause of the Fifth Amendment.” The majority found that the statute served two important governmental interests:
► The importance of assuring that a biological parent-child relationship exists; and
► The importance of assuring that the child and the citizen parent have a demonstrated opportunity or potential to develop the “real, everyday ties that provide a connection between child and citizen parent and, in turn, the United States.”
The Court in Nguyen relied on biological reasoning -- women give birth and men may not even realize their paternity -- and concluded:

Given the 9-month interval between conception and birth, it is not always certain that a father will know that a child was conceived, nor is it always clear that even the mother will be sure of the father’s identity. This fact takes on particular significance in the case of a child born overseas and out of wedlock. One concern in this context has always been with young people, men for the most part, who are on duty with the Armed Forces in foreign countries.

The Court then provided statistics about the number of military men in foreign countries in 1969, the year Nguyen was born in Viet Nam -- although, as the dissenting opinion noted, after Nguyen's parents split up, he lived with the family of his father’s new girlfriend and in 1975, before his sixth birthday, Nguyen came to the United States, where he was raised by his father. A DNA test showed a 99.98% probability of paternity, and the father obtained an order of parentage from a state court.
The Court's grant of certiorari in Flores-Villar v. United States will involve a reconsideration of Nguyen. Flores-Villar was born in Tijuana, Mexico, in 1974 to a noncitizen mother and a United States citizen father who, importantly, was 16 at the time. His father and grandmother, also a citizen, brought Flores-Villar to the United States for medical treatment when he was two months old. He grew up in San Diego with his grandmother and father, who acknowledged paternity with the Civil Registry in Mexico on June 2, 1985. Apparently, Flores-Villar was not in touch with his mother, who remained in Mexico.
The gendered differential imposed by the statute at issue in Flores-Villar was the requirement that a citizen father must have resided in the United States for at least five years after his 14th birthday to confer citizenship on his child, while a citizen mother had to reside in the United States for a continuous period of only one year prior to the child’s birth to pass on citizenship. Moreover, in the case of Flores-Villar, the INS denied a petition for citizenship on the basis that because the citizen father was 16 years old at the time of the child’s birth, it was “physically impossible” for the father to have the required physical presence after the age of 14 in order to comply with the statute.
In the 2008 appellate decision in Flores-Villar to be reviewed, a panel of the U.S. Court of Appeals for the Ninth Circuit -- comprising Judges Pamela Rymer, Cynthia Holcomb Hall, and Andrew J. Kleinfeld -- upheld the statutory scheme. It held the asserted governmental interests -- avoiding statelessness, as well as assuring a link between an unwed citizen father, and this country, to a child born out of wedlock abroad who is to be a citizen -- to be important. The means chosen, it also held, substantially further the objectives. The Court stated:

Though the fit is not perfect, it is sufficiently persuasive in light of the virtually plenary power that Congress has to legislate in the area of immigration and citizenship.

This “fit” will certainly be at issue before the U.S. Supreme Court.
Then-Justice Sandra Day O’Connor’s dissenting opinion in Nguyen, which was joined by Justices David H. Souter, Ruth Bader Ginsburg, and Stephen G. Breyer, stressed the heightened scrutiny required by the case involving single-sex education at VMI, the Virginia Military Institute. In that judgment in United States v. Virginia (1996), a closer fit was required between the “discriminatory” means chosen and gender stereotypes. The Nguyen dissenters thus reasoned that the statute at issue in Nguyen was

and added that it could easily have been rendered sex-neutral.
In Flores-Villar, because the gender differential is a residency requirement -- and not, as in Nguyen, a relationship-with-child requirement -- the “fit” may not be sufficiently tight. If the Court applies VMI, the question will be whether or not there is something unique about men that requires them to have a longer residency than women before men are truly “citizens.” However, the Court will also certainly rely on the plenary power of Congress in the area of citizenship.

Balancing gender equality and citizenship will be the task for the Court -- a task which the newest Justice, Sonia Sotomayor (right), will certainly undertake.