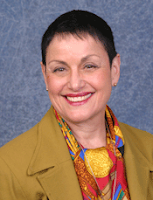 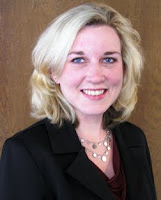 ► A 2003 recipient of France's Légion d'Honneur, Susan is Professor of Law at San Diego's Thomas Jefferson School of Law, where she also serves as Director of the Center for Global Studies; Director of the Summer Program in Hangzhou, China, conducted jointly with Zhejiang University College of Law; and of the Summer Program in Nice, France, conducted jointly with Hofstra University and the University of North Carolina.

► Christie earned her J.D. in 2007 from Thomas Jefferson, specializing in international human rights law. She also has a B.A. from The Master's College, where she spent most of her studies abroad in Israel, Switzerland, and interning in Washington, D.C., and is now pursuing her LL.M. degree at American University's Washington College of Law, with specializations in International Human Rights and Gender. Christie is currently working on several research and writing projects concerning human rights issues that affect women in North Africa, and has just been awarded the prestigious Arthur C. Helton Fellowship of the American Society of International Law in order that she may further her research.
Susan and Christie currently are collaborating on a new casebook on women and international human rights law. In their guest post below, they discuss their recent co-authored article, Gendercide and the Cultural Context of Sex Trafficking in China.