Times They Are A Changing: Developing Countries in the WTO

A few weeks ago, I strode into my law school classroom brimming with hope and optimism. "Brazil is about to retaliate against a U.S. trade measure!" I excitedly reported to my students. Luckily, this was a class on trade and development law, and so my students were equally struck by the news (it wouldn't have gone over so well in say . . . my contracts class!) Brazil poised to retaliate against the United States for an unfair trade action? Unheard of.

As Harvard Professor Robert Z. Lawrence notes, “Traditionally, retaliation in trade has been the preserve of the largest developed countries, which have market power.” To put it bluntly, there has always been an unspoken rule of trade law: Only rich countries get to retaliate against another's violation of trade rules. "Retaliation" in trade parlance simply means that one country receives approval from the WTO to take countermeasures against another for violation of the rules. The most common countermeasure is for the prevailing country to impose more duties on the exports of the losing country. But retaliation comes at some cost for poor countries--either economic or political.

For developing countries who desperately need the exports of more advanced countries, raising duties on these products simply punishes their own citizens who are forced to pay more for the goods (or risk not having them). Moreover, rich countries have an array of subtle and not-so-subtle means of coercion at their disposal to prevent developing countries from raising trade claims in the first place. Much of North-South trade is characterized by "voluntary" concessions--namely, rich countries provide poor ones preferential access to their markets on a non-reciprocal and voluntary basis. One example of this is the U.S.-created African Growth and Opportunity Act (AGOA), which allows duty-free and quota-free imports of some African goods into the U.S. market. But what would happen if Uganda, which is AGOA-certified, were to successfully raise a claim against the U.S. in the WTO? There goes its AGOA benefits. It is perhaps not surprising under the circumstances that no African country has raised a dispute in the WTO.

Developing countries have long faced the frustrating dilemma of a right without a remedy in trade disputes. But suddenly, things are changing. In 2002, Brazil successfully brought action in the WTO against U.S. subsidies to its cotton industry, which averaged $4.9 billion per year. After various appeals, Brazil was finally authorized by the WTO to retaliate against the United States to the tune of $830 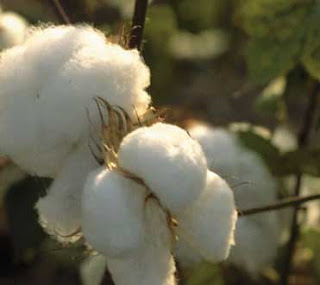 Just this week, Brazil and the United States announced a settlement of their now eight year old dispute. Brazil will postpone retaliation, and the United States in turn will modify its cotton subsidy program and establish a temporary assistance fund for the Brazilian cotton industry. Brazil's success has demonstrated that the trade rules are not exclusively the purview of the largest developed countries.

My students and I can only wonder what this will mean for the future of world trade.
by Marjorie Florestal at 6:00 AM