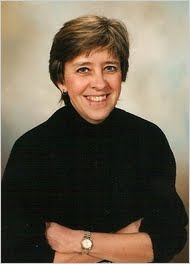 Nancy Paterson—one of the chief architects of the indictment against Slobodan Milošević—died a couple of weeks ago of ovarian cancer at the age of 56. I had the pleasure of working with Nancy at the International Criminal Tribunal for the Former Yugoslavia (ICTY) where she was a Team Legal Advisor.
Nancy was a woman who saw no gender boundaries. She reportedly played Little League in the 1960s on a boy’s team and then played basketball at University of Miami in Ohio. After graduating from Syracuse Law School, she made her way to the District Attorney’s office in Manhattan and worked under the legendary Robert Morganthau. During her eleven-year stint at the DA’s office, she worked primarily on child abuse and sex crimes cases and also helped to form one of the first special victim’s bureaus.
In the mid-1990s, she served on the U.N. Commission of Experts that investigated war crimes and crimes against humanity in the Balkans. The work of the Commission laid the groundwork for the establishment of the ICTY. Nancy joined the Office of the Prosecutor in 1994 (one of the 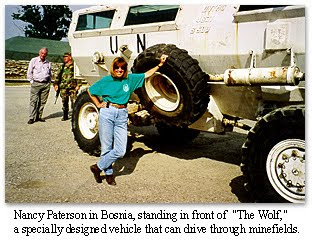 first handful of staff) and co-authored the Kosovo indictment against Milošević, making him the first sitting head of state to be indicted by a modern international tribunal. (See prior posts here). This indictment was later extended to accuse Milošević of crimes committed in Croatia and Bosnia-Herzegovina.
After leaving the tribunal on the day the trial of Milošević began, Nancy worked on fraud issues with the World Bank and the U.S. Federal Reserve.
She will be missed.

Her obituaries are available here: New York Times, Washington Post.
An interview with her in which she gives advice to law students is available here.