From 20-21 April, the Women's Initiatives for Gender Justice in collaboration with the Nobel Women's Initiative hosted the International Gender Justice Dialogue, in Puerto Vallarta, Mexico.
The goal was to bring together gender experts, feminist legal theorists, peace mediators, legal practitioners, jurists, women’s rights advocates, policy makers, members of the media, and activists to identify and develop a strategic, shared agenda for advancing gender justice around the globe.
Although most participants from Europe and Africa were unable to attend because of the volcanic eruption in Iceland (which grounded flights throughout Europe), participants from other regions gathered for a day of panels and a second day of working group discussions. Among the highlights was Women's Initiatives Executive Director and IntlawGrrl guest/alumna Brigid Inder's (pictured right) opening speech, which you can read here. 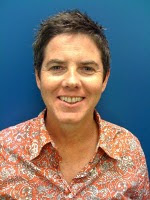 As Professor Tina Dolgopol (pictured left left), of Flinder Law School in Adelaide, South Australia, noted in her observations about the first day,

A recurrent theme is the necessity of building networks, ensuring that your work
is based on an agreed and transparent set of principles and that you communicate often with your supporters. We hear these ideas from those involved in peace processes, justice networks and from the promotion of women’s rights generally.

IntLawGrrls Kelly Askin and I spoke on a panel entitled "Prosecutions and Jurisprudence - What have we achieved and what remains to be done," along with Professor Catharine A. MacKinnon, who sent in her comments via video. The session was moderated by IntLawGrrl guest/alumna Valerie Oosterveld.
One of the areas I touched on was a project we are undertaking that will hopefully contribute to the process of how we better assess the jurisprudence coming out of the international criminal tribunals, and therefore, the impact these tribunals are having on gender justice.
In October 2008, my office (the War Crimes Research Office at American University's Washington College of Law) organized, in collaboration with the WCL's Women's International Law Program, a two-day conference on “Prosecuting Sexual and Gender-Based Crimes Before International/ized Criminal Courts.” Participants brainstormed about potential strategies and what was needed to improve the prosecution of sexual- and gender-based crimes before these tribunals. High on the list was the need for a modern, searchable, online database of cases (and related documents) coming out of these tribunals, focused on sexual- and gender-based crimes. In response to this need, last year we launched the Gender and ICL Jurisprudence Collections Project. The project has four phases:

1) collection of key decisions, orders and judgments relating to sexual and gender-based violence and making them available online so that you will be able to search them within and across courts;
2) key-wording those cases to facilitate searches relating to how these tribunals have handled cases involving sexual and gender-based violence;
3) digesting those cases with a view to highlighting the facts, allegations or factors affecting the prosecution of such crimes; and
4) providing commentaries on a select number of cases we identify as critical to understanding the development of the law in this area.

The basic aim of the project is to facilitate research in this area by practitioners, advocates and academics, but more importantly to “surface” the decisions that may go unnoticed between indictment and judgment, but which have important consequences for how sexual and gender-based violence is treated by these tribunals.
Follow outcomes from the Gender Justice Dialogue working groups here.
by Susana SáCouto at 10:30 PM